Max bumps into Carl, who finally reveals that he slept with Kirsty. Back at the Brannings’, Max confronts Kirsty and she admits the truth. Max isn’t mad, but he tells her that things are over between them. Can Kirsty change his mind?

Lauren goes to see Jake, but she tries to kiss him he recoils. Jake explains that it’s over between them. Not understanding why things have to finish between them – Jake drops a bombshell on Lauren about his life…

Joey follows Janine into the Minute Mart and hints at a repeat of the night before, which she agrees to, as she is still vulnerable.

​Later Lauren turns up on Joey’s doorstep to seek comfort, but she’s shocked to see Janine inside and half-dressed… 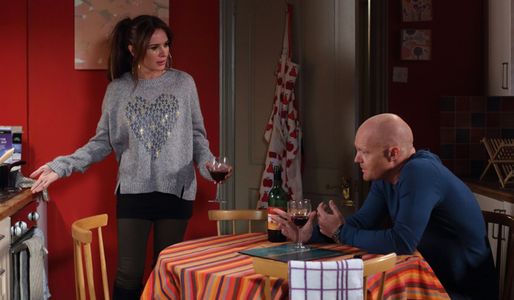