Ian is in utter shock and is desperate to see his daughter. The police suspect Lucy was killed from a random mugging. Ian arrives at the morgue and is shown his daughter’s body.

​Jane and Denise begin to realise something is wrong when Ian shows up and collapses, and the two carry him inside. Jane is overcome with grief as she gets Bobby and Cindy so Ian can tell them what has happened, and Ian goes to find Peter. The pair are ripped apart with grief.

Lady Di goes into labour and Shirley delivers the puppies. Downstairs at The Vic, the punters toast each puppy’s arrival. 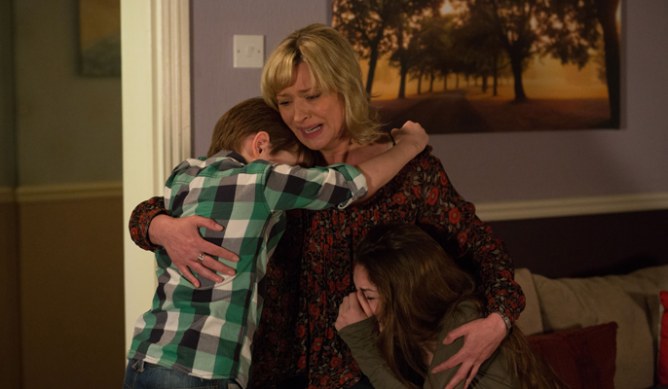