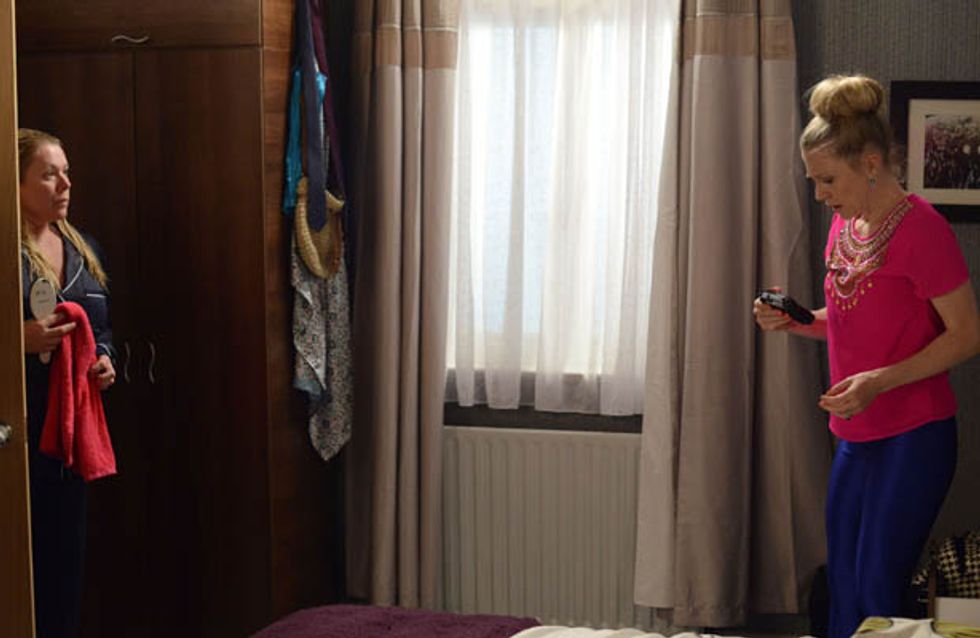 Linda invites Sharon along to Sonia’s Fat Blasters class but is disappointed when she doesn’t show; after the class she pays Sharon a visit in an attempt to make her feel better which leads to Linda finding the gun Sharon has been hiding…

A devastated Denise video calls Kim about Patrick’s stroke, whilst Ian battles with his conscience following his heated ultimatum from Patrick. At the hospital, Ian is relieved when it becomes apparent that Patrick is unable to speak and his secret is safe.
​
Johnny is jealous when Lee finally persuades Whitney to let him take her out on a date. However, the tide quickly turn when Lee arrives at the Butchers’ and Whitney makes her excuses. Lee is left feeling downhearted but Whitney soon changes her mind, but is it too late?