As Jay collects his things from Phil’s. Phil persuades Jay to stay for the wedding. Elsewhere, Shirley’s high-spirits cause suspicion; particularly when she compliments Sharon. Shirley plans Phil’s stag-do and arranges free drinks and food and The Vic. However before Phil makes an appearance she arrives at his house, hoping to hold a more intimate stag-do but the pair are interrupted when Jay arrives. Shirley hides as Jay takes Phil to The Arches for his surprise - Ben is there leaving Phil stunned.

Charlie and Roxy bond when he helps her finish Sharon’s wedding favours. Later, Roxy is crushed when Aleks backs out of going to the wedding with her and Sharon chooses Linda to be her Matron of Honour. Elsewhere, Lauren is ecstatic when Dean invites her to be his plus one at the wedding, meanwhile Abi is concerned that Jay doesn’t really want to move to Bolton. 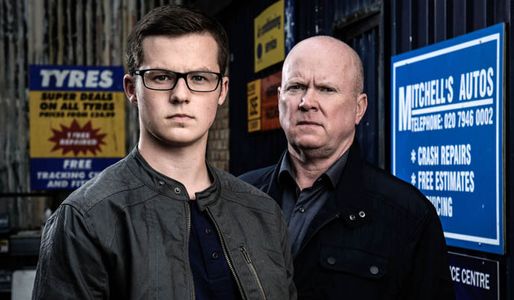 EastEnders 06/09 - Phil's fighting for his life