Jane secretly prepares to give her witness statement to help Max and writes a card for Ian. Worried about the toll the trial is taking on Jane, Masood pays a visit to his old flame but panics when he learns she plans to help Max in court. After asking Masood to leave, Jane visits Lauren and gives the card to pass on to Ian. It doesn’t take Lauren long to realise what Jane has planned and she races to the court to stop her. However by the time she arrives, Jane has already taken to the dock and is describing what happened on Good Friday. To a stunned court she makes a shocking revelation…

Sonia tries to get to the bottom of Robbie’s sudden return but her brother soon grows frustrated at the questioning. Back home, Sonia spots Robbie suspiciously taking money from her purse. Ronnie is left startled when an unexpected face returns to Albert Square. Worried about what might happen, she soon turns to Vincent for help but what do they have planned? 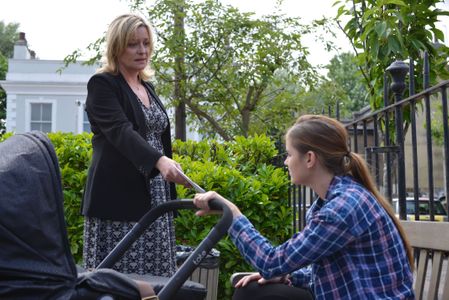