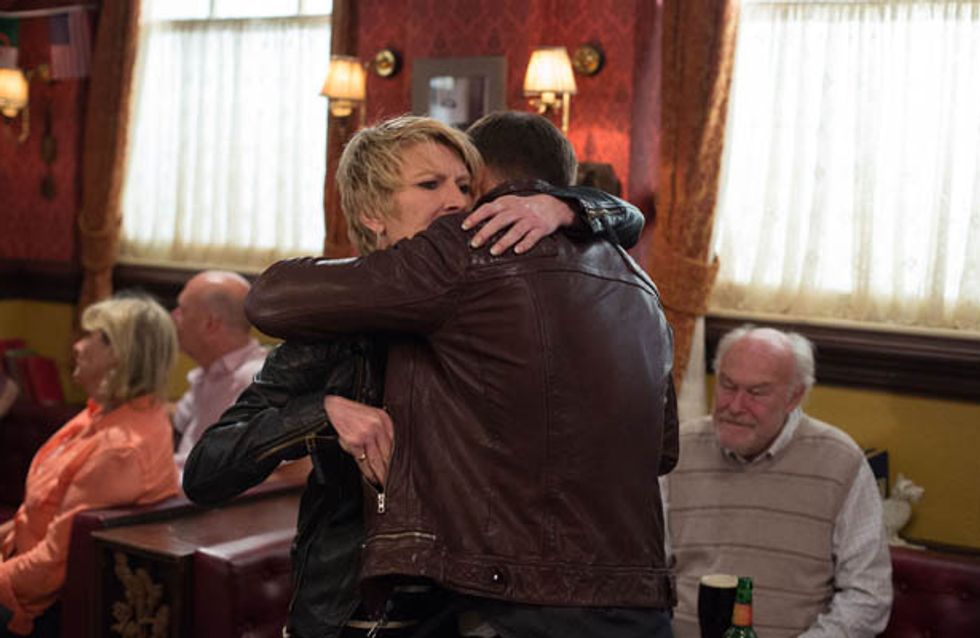 The Carters are on hand to support Dean as he makes the final preparations for the grand opening of his salon, Blades. Later, at the successful launch of Blades, Shirley comes up with a heart-breaking plan to get more cash. After giving her proud son an emotional hug she reaches in to his back pocket and takes the key to the cash till. Later, she sneaks in to Blades to steal the money, but Dean catches her in the act…

Linda continues to intervene in Johnny’s life and visits his University lecturer behind his back, asking him to reconsider Johnny’s results. After finding out what Linda has been up to, a furious Johnny persuades her to sing karaoke to a packed pub. As Linda belts a song out it becomes clear just how terrible she is and that Johnny has stitched her up. An angry showdown between the pair results in Johnny packing a bag and leaving Walford.

Tina finds herself back in the doghouse when Tosh discovers Tina has put her family before her again and has called in sick to help Dean with the salon launch when she was meant to be impressing Ian in order to get a pay rise. When Ian catches her out Tina is forced to apologise.

Elsewhere, determined not to be beaten, Mick makes another attempt at swimming but his fears get the better of him.

Alfie is in trouble with Aleks when Terry helps him out on the stall despite not having a license, however when Alfie later goes to see Aleks he finds him up to something on his laptop. A furious Aleks chucks him out but later agrees with a puzzled Alfie that as long as he keeps quiet, he will too. 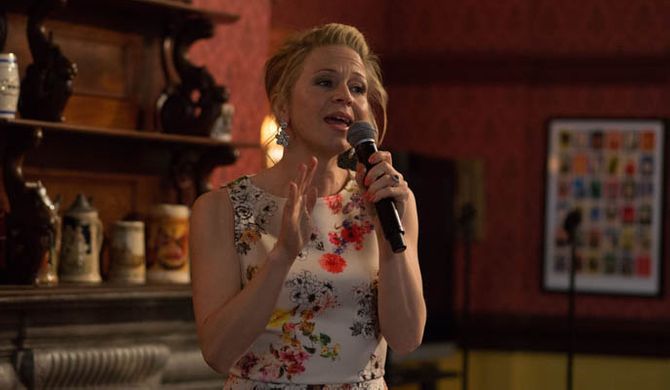