Phil Mitchell is back in Albert Square but what brings him home?

Steven is thrown when Lauren is less than enthusiastic about him adopting Louie and tells him Peter would need to be involved in the decision. Things grow more uncomfortable for Lauren when he announces he’s going to see a solicitor about applying for Parental Responsibility.

At The Vic, Lauren is nervous when Steven calls a family meeting to make an announcement – is he about to tell everyone about his tumour? As Abi expects him to make a fool of Lauren, she is shocked when he instead proposes. What will Lauren do?

Bex reels from recent events and as Sonia tries to get through to her daughter, Mr Pryce turns up to check-in. Fi talks to Mick about Shirley helping herself to The Vic’s alcohol and scaring away customers leaving him with a tough decision to make. Vincent breaks the news to Kush that their holiday might be in jeopardy after his friend sold the property. 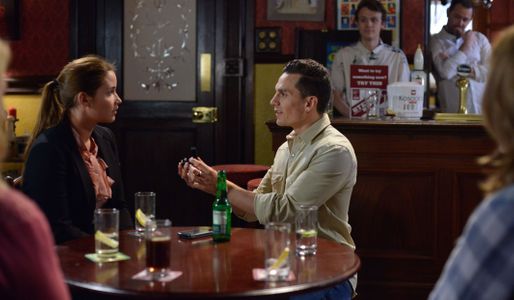