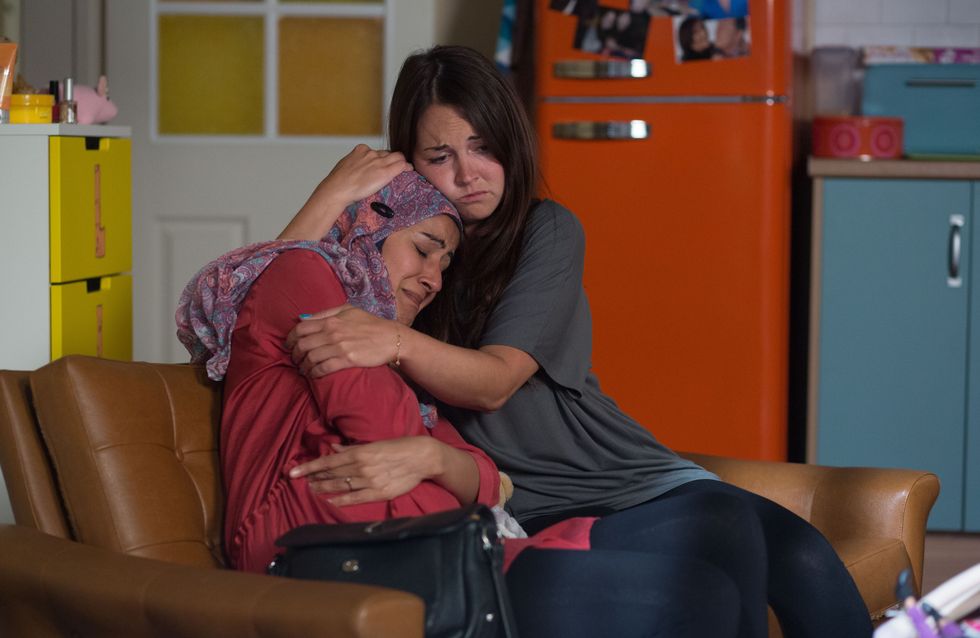 Things grow worse for Carmel and Masood when Kush walks in to see them in bed together. As Shabnam and Kush reel from their discovery, tensions begin to rise as Masood and Carmel try to explain the situation. Masood quickly leaves but back home, gets himself in more trouble. Outside, Masood tries to explain his actions but a livid Kush sees the commotion and gets involved. Kush and Masood begin to fight. An upset Shabnam is quick to follow and heads to Stacey’s where the pair discuss Masood’s actions.

Meanwhile, Mick manages to calm down Kush who leaves Masood and returns to The Vic where the stag do continues. But with Mick’s surprise gone rogue, things soon come to an end. Martin returns home to talk to Stacey but when he’s too drunk to have a conversation, her doubts continue to grow. Elsewhere, Tina attempts to bring Mick and Shirley back together but will her plan work? Lee worries about his relationship with Whitney when he realises she has lied to him about her plans.

After talking to Stacey, Shabnam returns home to apologise to Masood for getting so angry but it’s clear to Masood that something else is wrong. After some encouragement from Masood, Shabnam reveals she’s not sure she can remember the last time she felt her baby move. 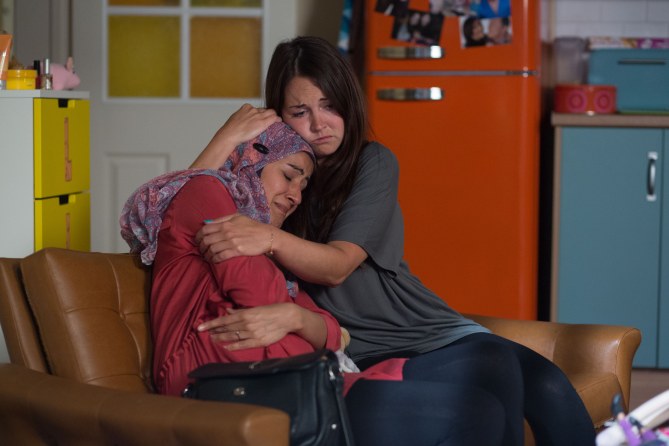