Eastenders 28/08 - Lauren Breaks Down Over Her Wedding 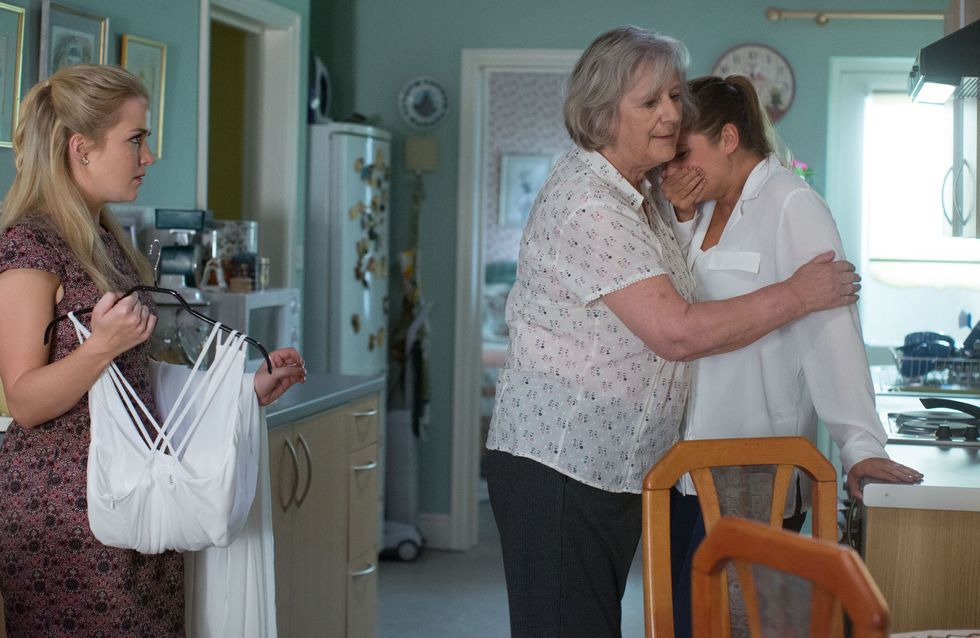 Shirley confronts Linda about her attitude towards Mick. Unable to convince Linda that Mick is over Whitney, Shirley invites Woody and Whitney over for lunch to prove her point and put the past behind them. As the awkward lunch begins, a tipsy Linda winds Mick up by flirting with Woody but the atmosphere soon turns sour when Linda is unable to control her anger any longer and tells Woody what’s been going on.

Lauren returns to the Square and throws herself into preparing for her wedding. After learning the Registry Office need to push the date back, an emotional Lauren goes to try on her dress but things become too much and she breaks down. With Abi questioning what’s wrong, Lauren tells her that Steven is unwell. Reunited with Steven, a supportive Lauren tells him she wants to support him but can’t do it alone – it’s time to tell Ian and Jane…

Sharon pushes Phil to make amends with Jay and decides to pay him another visit herself; reminding him he’s part of the family. Later on, Jay gets a surprise visitor … Jane and Ian are shocked to learn Bobby has put them on his call list.

Max overhears some council gossip from Carmel but when he questions her, she is annoyed at histone and tells Stacey what happened but Stacey realises what is really bothering Max.

Pascale Day
…
#EastEnders
For all the best videos, memes and shareable news!