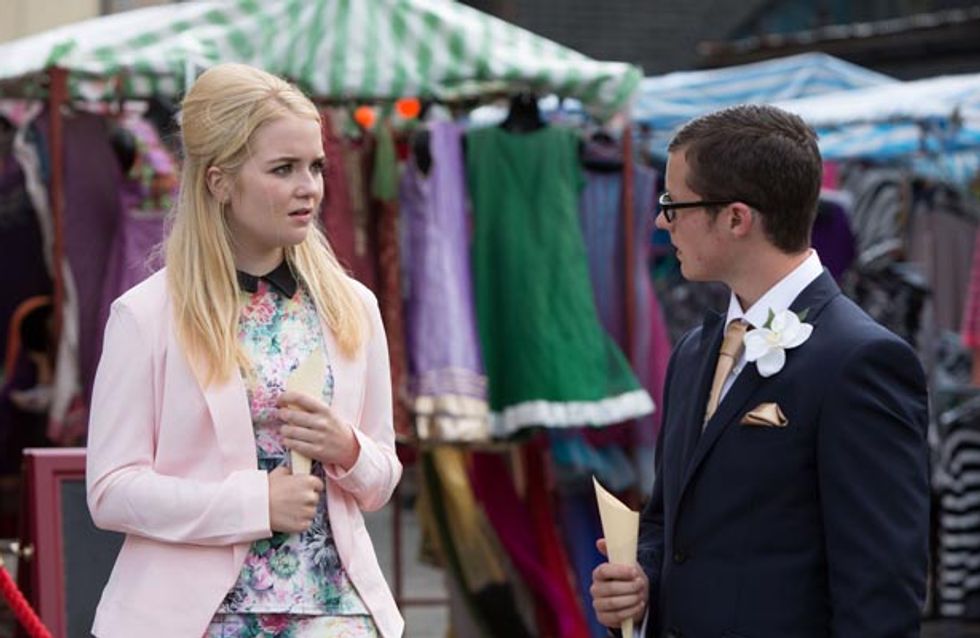 It’s time for the bride and groom to be wed. With Phil waiting at the registry office for his bride, along with the other wedding guests, there’s no sign of Sharon and a further twist when Shirley arrives instead. With Shirley delivering some home truths to Phil, and Sharon also being forced to face the facts back at The Vic, will the wedding go ahead? There is also the small matter of the gun which Shirley found in Sharon’s bag that she now has in her possession…

After realising that Ronnie is pregnant with Charlie’s baby, Roxy boycotts Phil’s wedding to interrogate her sister. However Ronnie’s not the only one forced to open up and Roxy reveals Aleks’ marriage situation to her sister. Encouraged by Ronnie, Roxy gives Aleks an ultimatum to prove his feelings within the day. Roxy is shocked when Aleks comes through, proposing that they go away with Amy for a holiday straight away.

After Aunt Sal mistakes Lola for Jay’s girlfriend, Abi begins to worry. Concerned for his friend, Ben takes Abi aside and tells her that he thinks Jay is in love with Lola.

When Tina reveals her hopes of marrying Tosh to Dean, he panics and tells Tosh. Tosh reveals everything to Tina, much to Dean’s frustration. 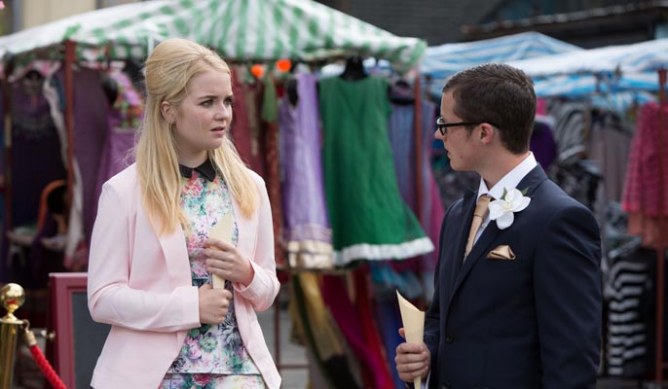