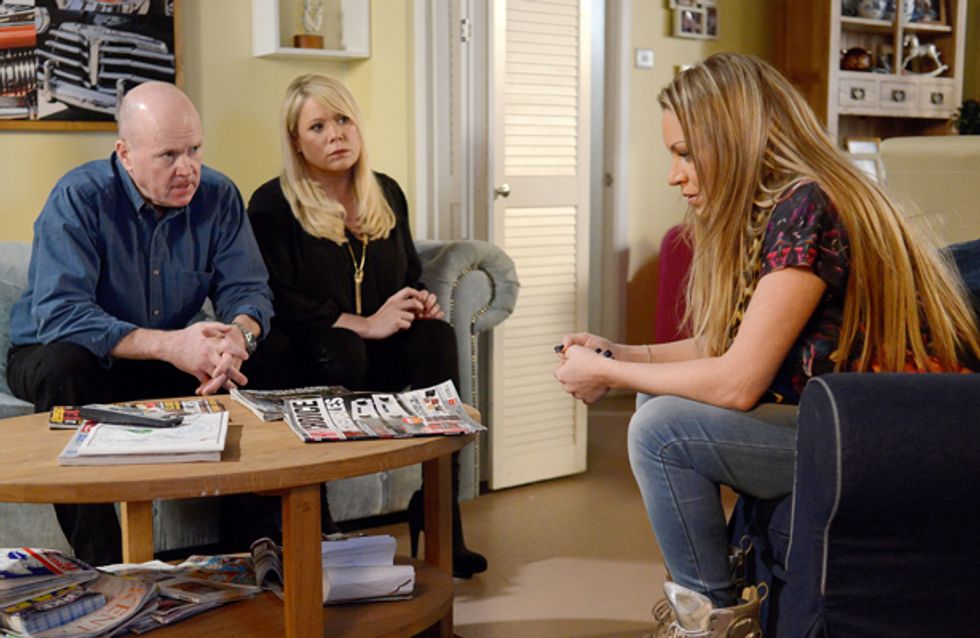 Sharon is overseeing her bar renovation but is caught out when Phil finds out she signed the contract to make herself the sole company director without his consent. Roxy arrives back from Ibiza with worrying news about Ronnie. Phil and Sharon agree to sign a new contract giving them shared control of the bar to Sharon’s frustration. When Ronnie returns she announces that she has bought the gym, and is obviously planning on staying in Walford. Sharon and Ronnie have a showdown and Sharon threatens to call the police if Ronnie doesn’t leave.

Carol receives news that the cancer gene is genetic and she can’t bear to tell her family. Bianca calls David to find out, and since he can’t tell her over the phone he lets her believe the test was negative. Bianca and Sonia rejoice and Carol is infuriated by his actions.

It’s Alfie’s 50th but his relationship with Kat couldn’t be more strained, despite Kat’s attempts to fix it. Alfie has secrets of his own as well and he ends up lying to Kat again, but what about?
​
Lucy is annoyed by Ian’s ignorance towards Cindy’s pregnancy, but her advice falls of deaf ears. Cindy isn’t interested in what Lucy has to say either, she wants to have her baby. 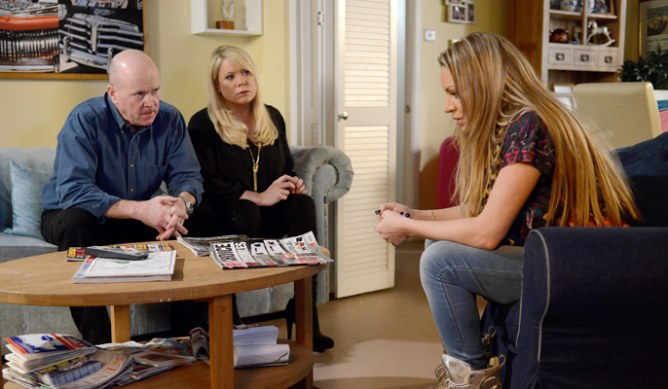