Dean arrives at Blades to find the stash gone; Aunt Babe quickly arrives and after initially accusing each other the penny drops and they realise who is responsible. An angry Dean is about to head off to confront Shirley but Aunt Babe assures him she’ll deal with it…

Aunt Babe tells a nervous Shirley that she has an announcement to make at dinner. Shirley panics as she assumes she will reveal her secret to Mick but is determined to be there when he finds out.

After burning the family dinner, Liam retreats to the gardens where Lee comes up with a plan to help him and impress Whitney.
​
Meanwhile, at the hospital Carol is recovering following her operation. 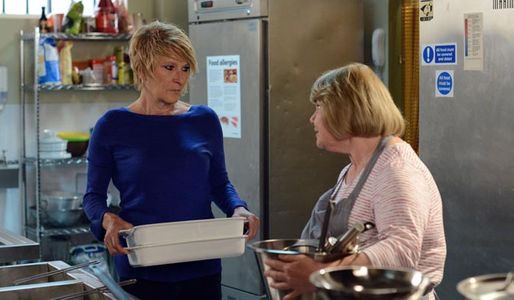