EastEnders 5/10 - Elaine’s new man, Jason, makes himself at home at The Vic

Elaine’s new man, Jason, makes himself at home at The Vic but it soon becomes clear Linda hasn’t taken a shine to him. After an incident upstairs, Linda tells Jason he needs to leave and reveals to her mum that she can’t accept him as her new father. Mick senses there is something more to it. The tension between Elaine and Babe grows and Elaine tells her she needs a man like Jason. As Mick and Linda settle for the night, they hear a strange noise downstairs and are startled by what they find – Jason and Babe in a state of undress together.

Shabnam heads back to work but snaps at Stacey when she overhears her say she might not go to her baby scan. Later on, Stacey returns from the scan and has a heart-to-heart with Shabnam about everything that’s happened. Shabnam and Stacey agree to stop avoiding each other but after Stacey leaves, it all becomes too much for Shabnam. Meanwhile, Stacey insists to Martin she goes to the scan alone and when she returns, tells him she didn’t get a photo of the baby.
​
Ian and Bobby return to Albert Square but their happy reunion doesn’t go to plan when Bobby overhears a journalist talking to Jane about Max. Jane tries to explain her actions to Bobby but when he lashes out and says some harsh words, Ian snaps and reminds him Jane is his mother. Ian later visits Sharon and thanks her for supporting Jane but gets more than he bargained for when she shares some harsh home truths about Ian’s disappearing act. Back home, Ian promises Jane he’ll make things better and begins to write her a letter. Across the Square, Jay and Ben grow suspicious when Phil is nowhere to be found. Worried about what Phil saw, Ben makes a decision about his relationship with Paul. 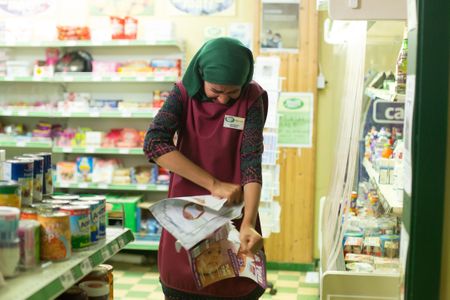