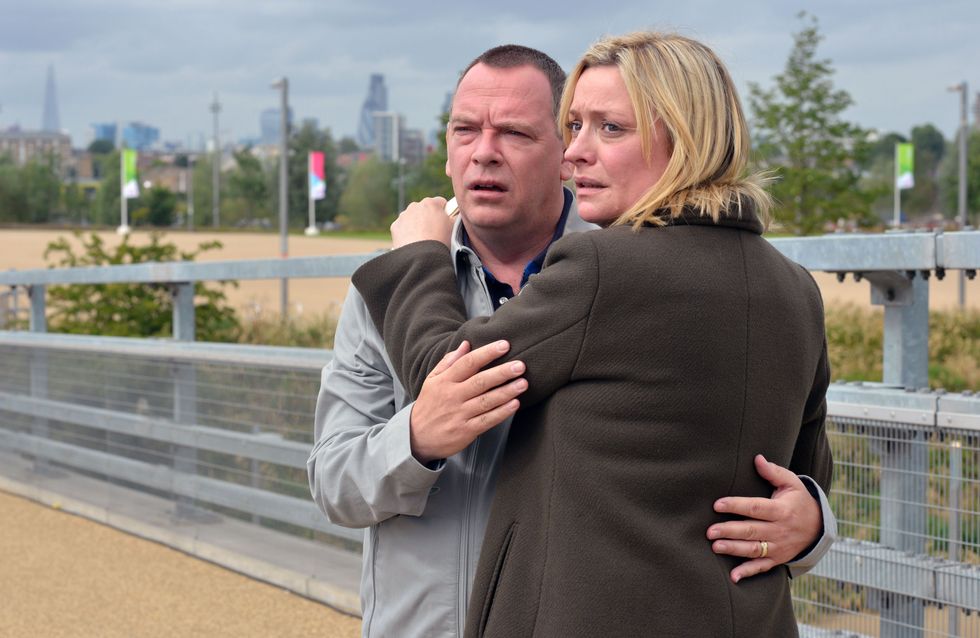 Jane wakes up to an empty bed and begins to panic when she learns Ian isn’t at the café or restaurant. After finding the letter from Ian, Jane rushes to Sharon’s and reveals Ian is going to attempt suicide. Jane soon clocks on to where he might be and heads to Lucy’s grave where she finds a rose he bought earlier from Pam. Back in the Square, Sharon grabs her things to meet Jane but is stopped in her tracks by an unexpected visitor … Meanwhile, Jane eventually finds Ian on a bridge and does her best to encourage him to step down. After an emotional plea, Ian takes Jane’s hand and embraces her. However as the pair hug, Ian sees a ghost from the past … Kathy.

As Jason prepares for The Vic’s Spanish themed lunch, Linda and Mick tell Babe that Jason needs to go or else they’ll tell Elaine the truth about what they saw. Babe eventually tells Elaine the truth but when Elaine refuses to believe her, she talks to Jason who suggests they rob from The Vic and leave together. As the Spanish party commences, Babe takes matters into her own hands.

Meanwhile, after talking to Linda and Stacey, Kush realises he needs to speak to Shabnam and back home, has a heart-to-heart with his fiancé. Across the Square, Pam and Les gives Claudette the cold shoulder. Over at The Albert, Claudette riles Vincent when she suggests Ronnie shouldn’t stay for Jay’s birthday drinks. 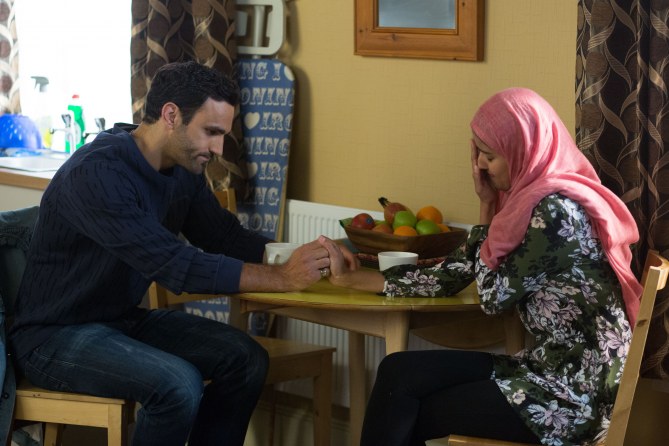