A riled Vincent is on a mission to get his life back on track and tells Ronnie he wants Kim – but does he believe his own words? Worried about the questions being asked, Claudette tells Vincent the Carters need to go and Buster, Shirley and Dean soon find themselves being kicked out of the house. Over at The Vic, Vincent does his best to win over Denise and Patrick.

After a run-in with Phil, Carol decides to ask him for Ritchie's help but has no luck. Carol later sees a glimmer of hope however when Sharon suggests they meet with her solicitor, Margaret, to see what can be done. An uncomfortable Jane finds herself being dragged to the meeting. Outside, an optimistic Carol confronts Jane and asks her why she is so sure Max didn't do it. Back at the Beales, Ian assures Jane that Carol won't have any suspicions but when she goes outside, she sees Carol greeting two police officers – is their secret about to be revealed?

Elsewhere, Shabnam agrees to move in with Carmel. 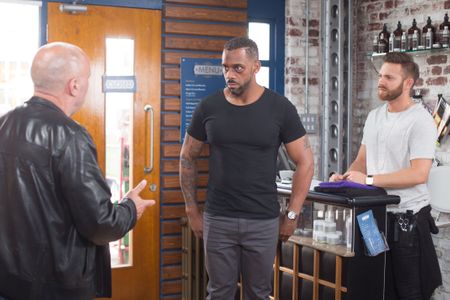