At the Dingle's, Sam slams out when Cain comments about him making things worse for Belle. Sean barrels in, wanting to know where Belle is and realises something's wrong. Later, in the café, Sam hurries out when Dom asks him why Belle ran. At the court, Lisa's nervous as they wait in the corridor. She's relieved when the solicitor thinks Belle will get off, but Cain's look suggests otherwise. At Tenant's, Sean thinks it's pointless going to court as he'll make things worse, but Dan suggests he could be the one to save Belle. Will Sean make it to court? And if he does will he serve to make things better or worse for his friend?

At the salon, Bernice tells Kerry they need to sort the salon out themselves and not rely on men, but as soon as Bernice has gone, Kerry calls Andy. Bernice is unimpressed when she arrives back to see Andy doing the work. Later, Bernice covers her upset when Kerry teases her about having a crush on him. Andy returns to collect his phone and tells Bernice how amazing she is. Will she reconsider her decision?

Val decides to have a quiet word with Priya about her behaviour when she notes how attached she has become to David. Ashley is concerned when Harriet reveals how badly the finance meeting went and is shocked when she wonders if she should leave before she is pushed out. Are his feelings for her growing beyond friendship? 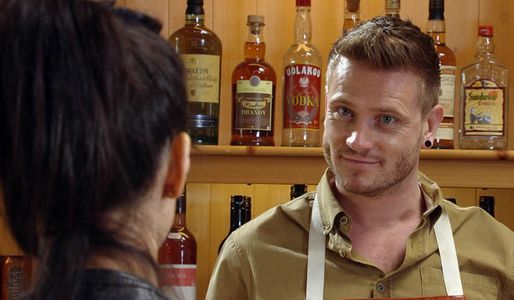