When further evidence in the Lucy Beale investigation comes to light, the Beales find themselves at war with one another. Carol comes to a shocking realisation.

Ronnie confronts her sister over her lies about Dean forcing Roxy to come clean and admit she is still seeing him. After a huge argument, Ronnie eventually apologises to Roxy and agrees to stay out of the relationship but she clearly has other ideas in mind by making friends with the enemy and inviting Dean over for dinner. However, just as Dean believes things are looking up, Ronnie warns him to not hurt her sister. Later on, Dean reveals what happened but Roxy laughs off the accusations and defends Ronnie but she is shocked when Dean snaps, telling Roxy what Ronnie is up to – she has a hidden CCTV camera.

Elsewhere, with Pam still away, a guilty Paul does his best to look after Les. 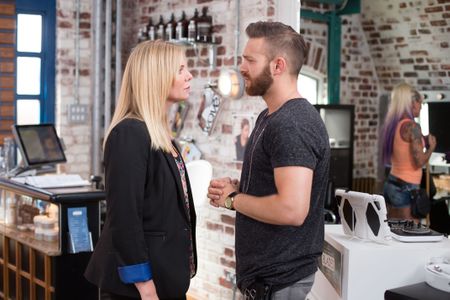