Eastenders 01/09 – Stacey awaits for the decision on her appeal

As Stacey waits for the decision on her appeal, Whitney worries that her own relationship with Lily will be affected if Stacey is released. Later, Kat is stunned but elated when Stacey returns home but Stacey’s excitement is quickly dashed by Lily’s nervous reaction and she rushes out of the house. Kat eventually tracks Stacey down and convinces her not to give up. Meanwhile at home, Whitney consoles Lily. Stacey returns and reconciles with Lily, but things take a turn for the worse when Lily asks about her dad. Stacey is furious as she realises Whitney has told Lily about Ryan. Stacey tells Whitney she can’t see Lily anymore and throws her out the house.

Terry forces an anxious TJ to visit Cindy and the baby when they return from hospital. Concerned for Cindy, Sharon and Phil ask TJ and Terry to leave, to Terry’s annoyance. Later, TJ returns but is unsettled by the baby and runs away. Terry tries to make TJ go back but he says there is no point as they are moving to Milton Keynes. Bianca overhears and is clearly hurt by the news.

Carol returns from recuperating at Sonia’s and on a visit to Dot admits she hasn’t gone for her final hospital appointment as she’s scared of the outcome. When Charlie sees Dot is upset he snaps at Carol fearing she has revealed his secret, but he quickly realises he has misinterpreted the situation. 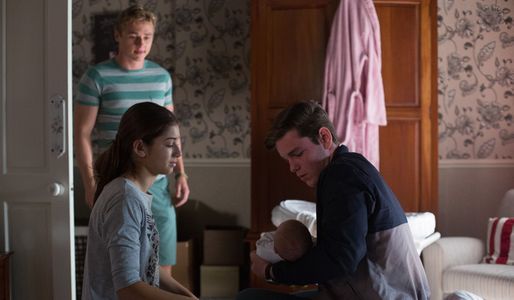