Debbie’s grateful Pete takes it well when she refuses for them to live together. Debbie explains to Pete how Ross loved Donna and is really hurting over her death. Pete reaches out to his brother but his gesture backfires as Ross is livid and his fury begins to overtake his grief. Will Ross tell Pete about his dalliances with Debbie?

Andy’s surprised by Katie’s reaction when Sarah prematurely tells Gabby that Katie and her dad are getting married. Andy’s pleased when Katie talks about them growing old together, giving him an idea. Later, Diane warns Andy to be careful not to cause further hurt for Bernice. But when Andy reveals a diamond ring to Victoria it’s clear Bernice is heading for more heartache.

Ashley is concerned for Laurel who initially maintains everything is fine. Yet when Ashley presses her further she opens up, admitting she is worried about walking down the aisle with a man who is still grieving for his ex-wife.

Kerry’s secret community service is outed. Dan shows Ali the watch and he has bought for Sean from them both, she is touched by the engraving. 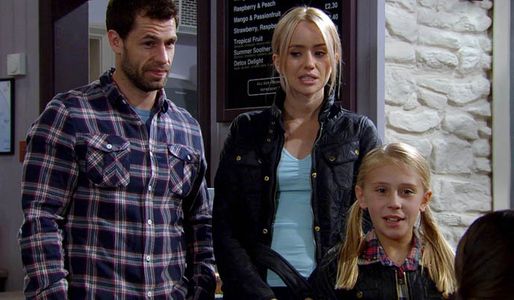