James warns Adam about getting involved with Ross. Katie worries about Adam’s attitude and behaviour and asks Andy to have a word with him but Adam rebuffs him. Later, a drunken Adam appears up at the farm and James instructs him to go home as he’s drunk but Adam refuses to listen and climbs into the tractor and sets it going, oblivious Andy is behind rethreading the baler. Moments later Andy lets out a howl due to the intense pain. What has Adam done?

As Chas and Debbie wonder what to do next in their quest to find Cain, Debbie takes a call to say he’s been locked up in Hull. Cain is annoyed about Chas’s involvement and tries to leave despite Debbie pleading with him. Cain hesitates and it’s unclear whether he will stay or go. Will Chas and Debbie convince Cain he is better off with Moira than without?

With a meeting already set up with a potential suitor, Priya warns Georgia not to spoil it for her. Later, when the family arrive, Dhilan makes Priya feel at ease. Priya and Dhilan walk in the garden with Amba and it’s clear she is warming to him. However, Jai and Rishi are unconvinced when Georgia divulges about Priya’s anorexia in the interest of being honest and open. But is her openness genuine? Or is she sabotaging this match?

Leyla offers Megan a business proposal and is encouraged when Megan says she will think about it. Charity and Declan are no sooner back through the door from their honeymoon than Nicola is telling them the launch has been brought forward and there will be a celebrity guest in attendance. The Dingle’s are shocked when Sam admits he’s been spending time with a girl.

Andy is badly injured. James covers for Adam when Moira, Debbie and Cain turn up and tell them it was him who caused the accident, leaving Adam thrown. At the hospital the doctor explains they need to operate as a tearful Bernice vows not to leave Andy’s side. Cain threatens James but a worked up Adam admits it was him who switched the baler on and tells them he was drunk.

Priya and Dhilan agree they’d like to see each other again as the family head off but Priya’s upset to learn Georgia told the family about her anorexia. Priya decides to take Georgia’s advice and heads out in a short dress and heels on the pull. Jai finds Priya in the café but she gets upset, saying she doesn’t know why he and Georgia won’t support her. Will Jai put his concerns to one side to support his sister?

Can Leyla persuade Nicola to let her have a stand at the Home Farm launch and will Megan agree to Leyla’s business offer?
Elsewhere, Jimmy finds out who the celebrity guest is, pleased because she is on his “laminated list”. Charity is thrown when Declan wants to talk about trying for a baby again and when Charity agrees to give Sam a week pay rise, he decides to put most into the Dingles pot although retrieves it back later when talking to a new female friend. 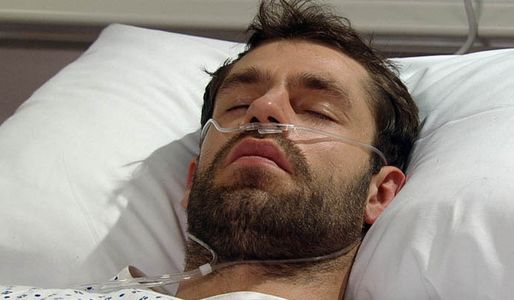