Moira struggles with her conscience after Laurel’s verdict, but Marlon softens towards her and makes her feel better. This doesn’t last long once they are interrupted by Cain, who is chucking Ross out of the barn where he has been sleeping rough. Ross asks if he can stay for a few nights, and Moira agrees on the condition that he acts civil with Laurel and Marlon. Will his apology be accepted?

Charity’s resolve is weakening with Jai, who is delighted when she agrees to give it another go despite the shock of the Sharma family. And how will the Dingles react?

Kerry misses Amy, so she offers to take Amelia to the Little Miss Yorkshire pageant. When an extremely made up Amelia and Kerry arrive, they have quite the routine in store for the audience!

Georgia becomes Rodney’s manager for his booming escorting business, but Nicola and Bernice are less than impressed.

​Elsewhere Gabby tries to bug Marlon and Laurel about Christmas presents but they’re distracted. Bernice thinks it’s funny that Gabby is determined to get a pony. 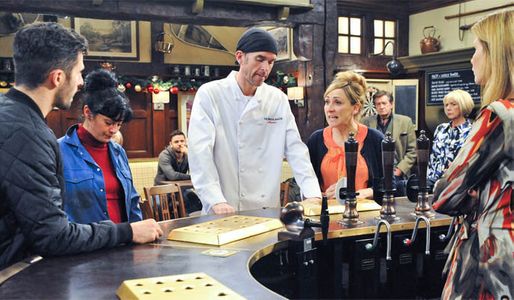