James tries to persuade Moira to meet Charlotte with him, but she makes it clear she isn’t interested. However, James lies to Charlotte and says that Moira wants to be involved. Pete worries that it will come back to haunt them.

Later, James flirts with Charlotte, making sure Cain’s watching, and Cain wonders whether he was wrong about James’ feelings for Moira.

Charity is determined to make Sam see sense. She confronts Jai, accusing him of using Sam which Jai admits to, telling her she just wants Archie back. Charity is wearing a wire and plays it to Sam, who breaks down upon hearing Jai’s plan. However, will this revelation make him more determined than ever to find Rachel?
​
Elsewhere, Sandy suspects Sean likes Belle. Leyla is worried when Priya doesn’t eat. 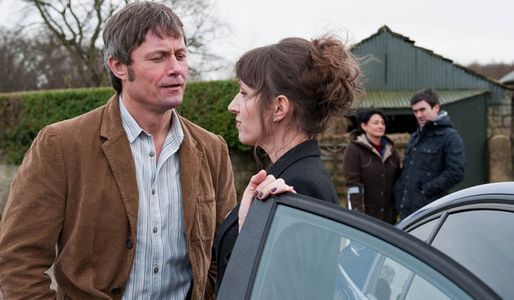