Chas wakes to find the cellar has been left open in the night and feels like she is being stalked. She and Cain wonder who it could be. Meanwhile, Emma aware Cain is scrutinizing her, offers to help behind the bar but is more a hindrance than a help. When Chas goes down to the cellar to fix one of Emma’s mistake, Emma accidentally locks her in. As the fireworks start outside the pub, Chas’ cries are not heard as another panic attack overcomes her, Chas rushes up the stairs but trips and is left unconscious as a gas canister continues to leak. As more fireworks light up the night sky, Chas’ life is in danger.

Paddy offers to take Leo to school, but his motives are far from innocent as he wants to talk to Tess, who is taken aback by his accusations. Later, when Rhona comments she hasn’t seen Leo’s new teaching assistant at the bonfire, Paddy hopes she has stayed away. But when Tess turns up Paddy begins to despair when Marlon recognises her. Rhona wonders why Paddy never mentioned it as Paddy does his best to cover. Later, Rhona asks Tess to stay for a coffee and despite knowing Paddy doesn’t want her around takes her up on the offer. Later on, Rhona suggests an early night to a guilty Paddy and is taken aback by his passionate enthusiasm. It is unclear whether this passion is fuelled by guilt, or by Tess. Or even a mixture of the two.

Vanessa is nervously hopeful as she tries to breastfeed Johnny for the first time. It’s clear she’s deeply ambivalent about the whole thing. Can Vanessa forge a bond with her son? Carly tries to offer her some support, but feels terrible to realise the extent to which her friend is struggling. Vanessa makes an admission about her own upbringing.

Robert is allowed to leave hospital but with no home to go to, Victoria offers for him to move in with her and Adam. But Andy refuses point blank to live under the same roof and makes a big admission. 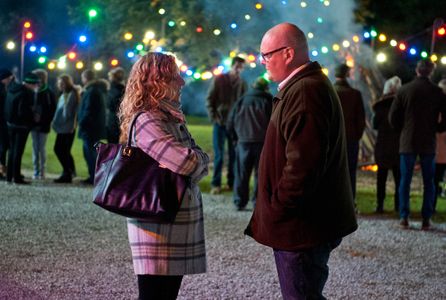