Rakesh tells Priya his son has missed his flight so won’t be at the engagement ceremony. Priya is disappointed especially knowing Jai isn’t attending either but Rakesh has a plan and goes to see Jai. Rakesh uses underhand tactics to get Jai to attend the ceremony.

Diane and Katie are concerned by Andy’s behaviour as he becomes increasingly frustrated. Later, at the hospital Andy chats to a man as he waits for his appointment and realises the man has been beating his wife up when she turns up bruised and fearful. Later, Andy leaves his appointment with good news but on his way out bumps into the lady again and tries to talk with her but she’s fearful and snaps at Andy, leaving him shaken. Katie’s concerned about Andy’s mood on his return but it is Sarah who ends up in the firing line when she knocks tea everywhere and Andy loses it. Will this be the final straw for Katie?

David’s feeling left out as he hasn’t been invited to the engagement. Katie helps Vanessa move in. 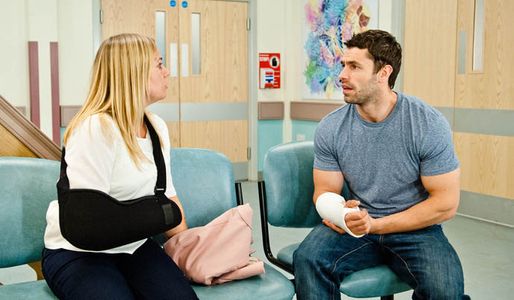