Emmerdale 09/06 – The Dingles go up against Dom

After his stint with Belle, Sam admits to Dom it was his idea to run away, not Belle’s. Dom’s thoughtful when Sam tells him all Belle wants is to face her punishment. Lisa struggles to cope with her daughter being labeled a murderer and that night goes to see Dom, urging him to stay away from the courtroom but has she made things worse?

Harriet reveals she’s written her resignation letter and when Bernice suggests she and Ashley have feelings for each other, it leaves the pair struggling with their emotions. The pair eventually find themselves kissing, only for Harriet to quickly label it a mistake.

It’s the day of Amba coming home and tensions are high. Georgia’s worried she may overwhelm a sensitive Priya, whilst Leyla comforts Alicia who struggles to hide her feelings. When she arrives home, David is there to meet Priya who feels awkward, how will the arrival of baby Amba change family dynamics? And will it bring David and Priya closer together?

Bernice avoids Andy around the village. Later, when Nicola hints at her being a sad, lonely woman, Bernice admits that she has been seeing someone but soon covers it as a joke when she sees her sister’s reaction at the thought of it being Andy. 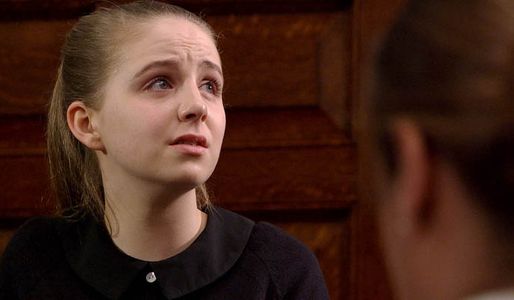