Emmerdale 12/11 - Andy and Robert drive to the death

Andy and Robert both rev their cars seem determined to drive at each other straight to the death. At the last minute, Robert swerves but Andy doesn’t deviate from his trajectory. Both cars plough off the road crashing hard. Robert smashes into a field with a haystack whilst Andy’s Landrover flips after hitting a wall. Will they survive?

​Nicola continues with her protest at Mill Cottage resorting to drastic measures. Following an angry verbal confrontation with Jimmy, she begins throwing all of Priya’s shoes out of the window. Can anyone stop her? Soon it’s Jimmy who realises he will have to ‘up his game’ to try to win Nicola back. As the memory of his Top Gun performance comes rushing back. He realises his next ploy has to be something more impressive, as his eyes descend on a watermelon! Meanwhile, Laurel confides in Nicola she is an alcoholic and Nicola discloses the real reason she is back from Dubai early.

Ashley’s memory continues to cause problems when he forgets to collect Sandy’s medication so begins to use a notebook. It is clear keeping his life together is proving to be ever more difficult.

Sam agrees to accompany Megan to her baby scan, but when her appointment gets delayed she has to head off alone.

Nikhil visits Gennie’s grave and see’s Megan sat beside her brother’s. As she turns to walk away, she drops the scan photo of the baby and he realises she is pregnant. He tells her Jai and the family deserve to know and he can’t keep it a secret from them. Megan is horrified, she has to leave the village as soon as possible.

Rhona gets broody, but Paddy’s feeling guilty about his recent affair so tells her he doesn’t think they could cope.

Nicola tells Rodney she doesn’t want to see Jimmy unless he is ‘embalmed and in an oblong box’. He persuades her to go and see him telling her she will ‘have the time of your life’ but will Jimmy’s film reenactment work to win back Nicola?

Jai continues to pour his poison at Tanya 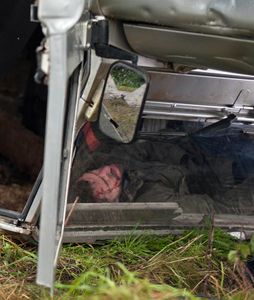