Rachel wants to discuss going away to get married to Sam, but a police car pulls up as they talk. Rachel panics and tells him to run for it, but he falls and hurts his ankle. Poor Sam is arrested as Rachel is miserable. At the police station Sam is told that they have found his jumper. Sam tries to tell them he is being framed, but he is charged on suspicion of arson.

Harriet tells Bob about bereavement counselling and that Brenda should come along. Bob mentions it to Brenda who flies off the handle, thinking Bob is just fed up of talking about Gennie. However, she has a change of heart and agrees to go.
​
Elsewhere, Priya feels guilty as she lies about her eating disorder. Leyla and Priya find common ground. 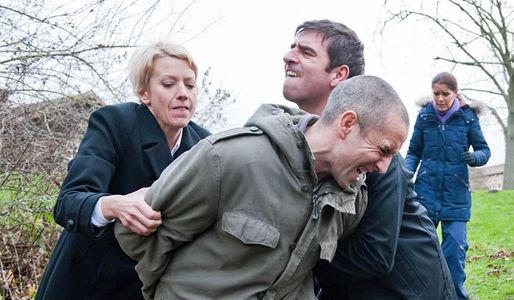