Charity receives a call to say her wedding has been cancelled because of asbestos. Chas tells her it is a sign but Charity is determined to go ahead with her plans. Chas tells Cain about her concerns over Charity’s wedding and planned termination and asks him to talk to her. Cain confronts her, explaining he’s not leaving until he has talked some sense into her. But will Cain succeed or just make things worse?

Moira feels backed into a corner when Zak suggests she let Chas bring James to the wedding. Later, James is uneasy as he looks at the DNA results envelope before opening it. Soon James determinedly approaches Moira and boldly tells her he will be going to her wedding.

Elsewhere, Pete apologises to Vanessa for letting her down but instead she thanks him, he has made her realise she does like men after all. Pete tells Debbie what happened. A confused Debbie tells Chas. Dan remains determined to keep Sean and Belle apart. Jai informs Georgia and Rishi that Priya is coming home for the day but the family are worried how to behave around her. 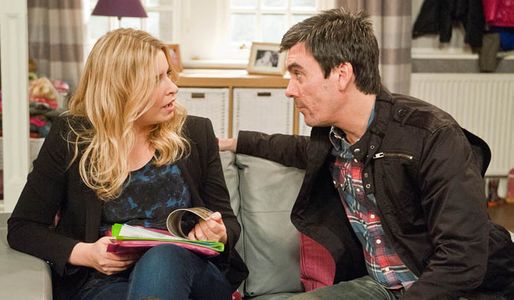