Charity comes round after having been abducted. She realises she is locked up and chained to the side of an empty shipping container. She bangs on the walls, calling out but to no avail.

DC Bails (Rocky Marshall) is in the café asking about Charity’s whereabouts but no one seems interested. He is suspicious Cain might know more than he's letting on. Megan and Jai both seem on edge as DC Bails asks them about Charity and Declan. While a bitter Sam tells Jimmy, Charity is dead to him. Later. Debbie and Cain go to see Sam, explaining about the DVD. Their heart's break for him as his feelings of hatred towards Charity are clear and he loses hope over Rachel.

Meanwhile Charity, still stuck in the container, is desperately calling out when she hears footsteps outside. She starts to scream, panicking. Later, at the container, Charity's on edge to hear a car pull up. Someone throws some water in for her and she thinks it's Declan, pleading with him not to leave her. The door shuts and she begins to sob as her captor is revealed standing outside, listening to her screams but doing nothing.

Moira's upset to learn Adam's been in another fight in prison and she is worried, knowing she may need to do something. Maxine returns but will Moira give into her demands?

It’s the day of Doug’s Q&A and when his adoring fans arrive will Diane’s nose be pushed out? Rakesh feels rejected when Priya tells him she can't meet up with him
tonight but Leyla gives him an idea! 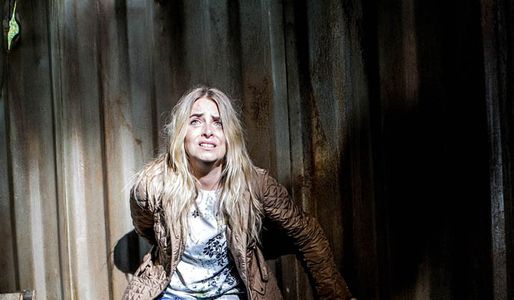