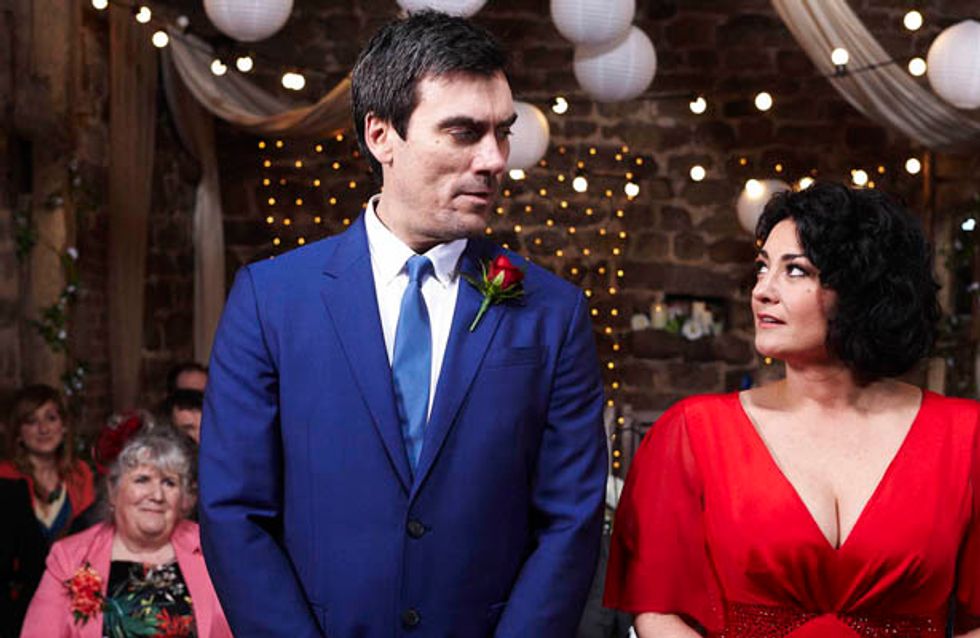 On the morning of her wedding a tearful Moira pleads with James not to ruin things. At the Woolpack, Chas insists Moira wants her to be at the wedding as she has family missing. James is clearly not going to make it easy for Moira as he threatens if she doesn’t stop it, he will. Alone and worried Moira is tearful as she finds a thoughtful gift from Cain. Meanwhile, in the beautifully decorated barn an anxious Cain awaits his late bride, sensing something is wrong...

Charity is getting ready for her big day alone, with Debbie attending Cain’s wedding. At the café, Declan is excited for his big day. Meanwhile, Charity is ready to leave and reassures Noah this is the last time she is going to get married, trying to convince herself that she is doing the right thing. But is she? And can she really go through with it?
​
Elsewhere, Zak is honoured when Cain asks him to be his best man. Laurel worries about Marlon’s priorities and Rhona picks up on Laurel’s sadness. Debbie clocks Ross flirt with Donna.

James watches Cain head to the farmhouse. Cain finds Moira’s bedroom door locked and shouting through to her, demands they sort this out or the wedding is off. Moira tells him the door is stuck and she can’t get it open.

Relieved it’s nothing more serious, Cain kicks the door open before heading back to the barn. Before long, Moira finally appears looking beautiful at the end of the aisle. But will James ruin everything?

Charity and Declan’s small wedding service begins, but it seems Megan is doing all she can to sabotage the ceremony. The wedding rings go missing, and the fire alarm goes off just at the point before the minister is able to pronounce them husband and wife. The penny drops for Charity that Megan is behind everything going wrong.
​
Elsewhere Alicia cannot help but feel put out when Priya calls David and asks him to pick her up from the clinic. When Ross passes comments about Donna to Debbie, she is quick to warn him Donna is a policewoman. 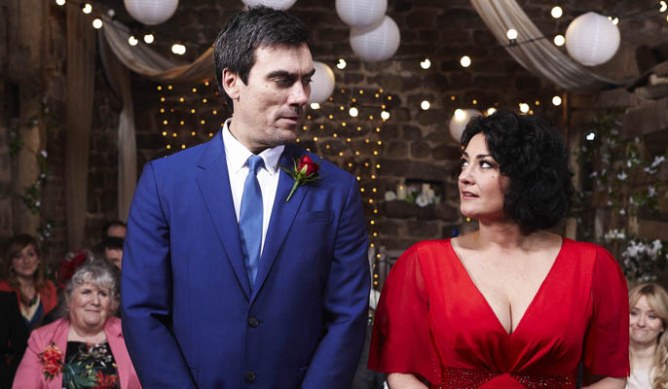