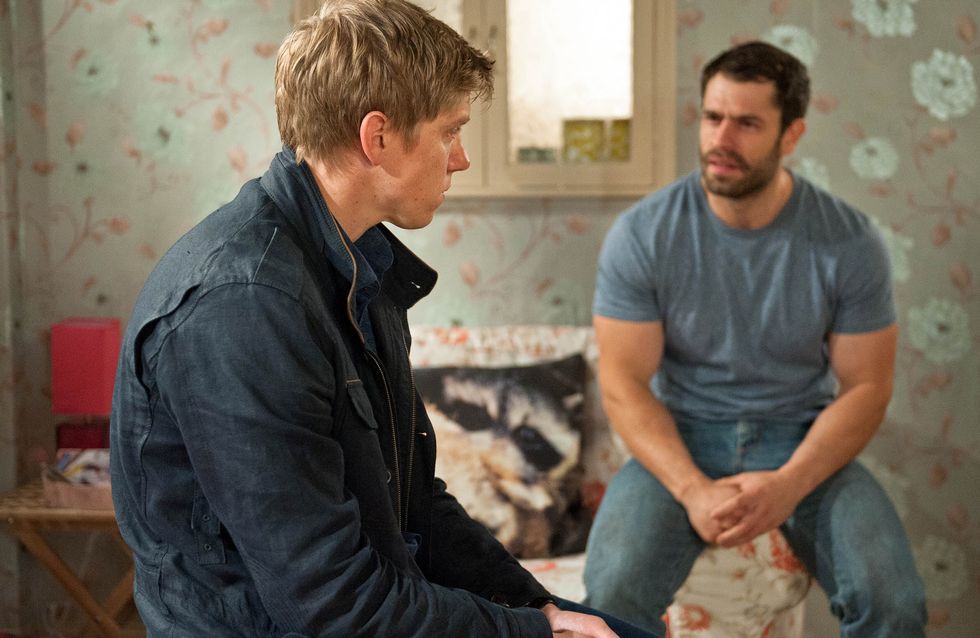 Whilst checking Ross’s laptop, Emma is pleased to see he’s searched how to help people suffering with depression. Once she leaves, Ross drops all pretence and smiles to himself his plan is working. Although, dubious at first, Finn is also impressed by Ross’s efforts to cheer up Pete when he suggests they all go to the pub. Before they meet Ross writes a fake suicide note as if it’s from Pete before checking his gun is loaded with bullets. When Ross gets to the pub, he orders rounds of shots to get Pete drunk and when Emma arrives he encourages her to take Finn home whilst he jollies along laughing with a now very drunken Pete. Later, that night Pete lets himself into the caravan and falls on the floor in a drunken heap. Ross steps in, lifting Pete onto the bed before closing the door. Ross stands over drunk passed out Pete, pulls the gun out before positioning it to look like a suicide – he aims the gun and is set to pull the trigger…

Adam’s annoyed by the negative prognosis for Johnny and furious Ashley has dared suggest a baptism. But when Johnny’s rushed off for urgent treatment. Adam realises a baptism might be best after all. But where is Vanessa and why isn’t she helping make the decisions?

Emma’s livid when Debbie insults her so when she see’s Sarah’s results have come back, she sets about seeking her revenge. Elsewhere, Robert has an idea to pay for Katie’s headstone but Andy’s furious by the very thought when he finds an envelope full of cash from his brother. But Andy’s soon pulled into further emotional turmoil when Debbie gets in touch regarding Sarah...

Diane reassures Marlon as he frets about being a single dad. Diane notices how well Carly and April are getting along and hints to Marlon she could be a solution to his childcare worries. 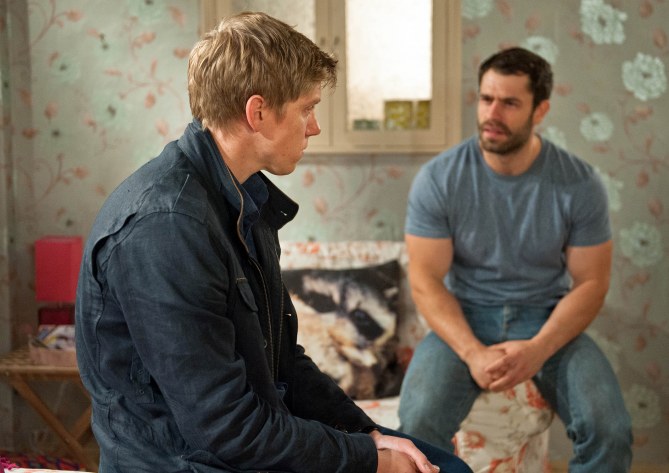