David and Priya bond over their baby’s scan at the hospital, but Priya misreads the signs and goes for a cheeky snog. David rebukes her and breaks the news that he and Alicia are getting married. The extremely poor timing is too much for Priya – will she ditch David from their baby’s life?

Charity tries to cover up her pain about her break up with Jai, especially when she has to break it to an angry Noah. Rachel warns Charity to leave herself and Archie out of her anger at the situation, and Charity decides she will make Noah hate him. A woman scorned…

Moira misses Cain and admits to Zak that he proposed to her.

​Ashley hears it on the grapevine that Harriet turned down the vicar job and so he offers it back to her. 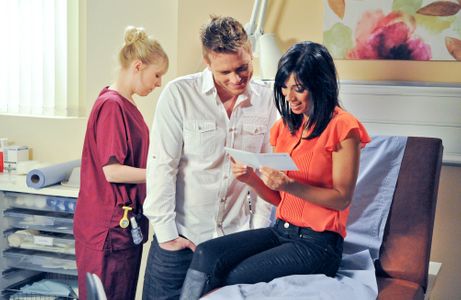