Donna tells Ross she's going to the hospital to find out about George. Ross tells her to stay calm and act normal. At the hospital, Donna's shocked when she discovers George might not regain consciousness. Later, she struggles with her guilt when George’s wife Beatrice tells her they need to catch whoever did this. Back home, Donna ushers April to pack, determined to flee the situation. But will Ross stop her in her tracks?

Leyla's shocked to see her bank statement and thinks her card has been cloned. Meanwhile, at the factory, Jai doesn't want Megan interfering with the accounts but she slips a file into her bag as she goes for lunch. Jai's irked when she tells him she knows how much trouble he's in. Leyla overhears their argument. After speaking to Alicia, Leyla decides she needs to invest her money, but where will she look to invest?

James agrees to move in with Chas permanently. Marlon finds Robbie washing in the Woolpack; he is evasive about where he is staying. 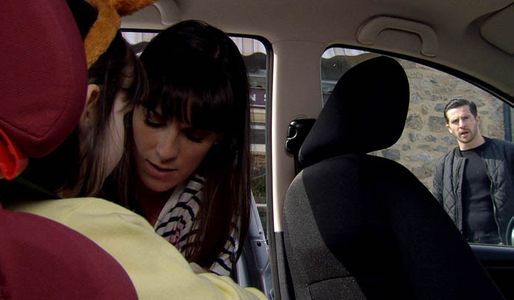