Still bitter Robert prevented her from reporting Ross to the police Chrissie has now filled Lawrence in on what’s happened. Meanwhile, Robert naively hopes he has the situation under control but things begin to slide when Chrissie returns home from the salon where she was fully filled in on Ross’s previous crimes and Chrissie is now certain he was behind their robbery and prepares to call the police. Robert rushes to warn Ross and Aaron and Ross packs to leave, when Finn arrives. Ross tells Finn the truth just as the police burst in...

Unemployed; Harriet is disappointed when Marlon cancels their counselling session but is left curious when Pollard suggests she can help with something. Pollard reveals to Finn and Victoria he's found a private detective to search for Finn's mum, Harriet, and she is confident she can help. But Is Finn ready? And what would Ross say if he knew?

Jai's unconvinced Archie's party is a good idea but Megan insists it will ease relations with Ali. At party, Megan arrives with a present she says has been sent by Rachel. All are blown away by this including Jai. Who then worries she might be back. But later Megan makes a confession to Jai. (Embargoed: Megan explains she sent the present from Rachel and Jai is rocked realising her commitment to both him and Archie).

Laurel and Marlon make headway with their relationship. Bernice tells an awkward Nicola she doesn't know how she'd cope without her and Jimmy. 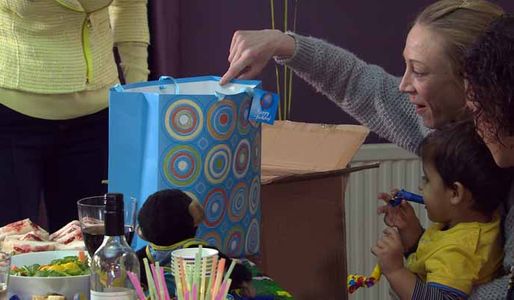