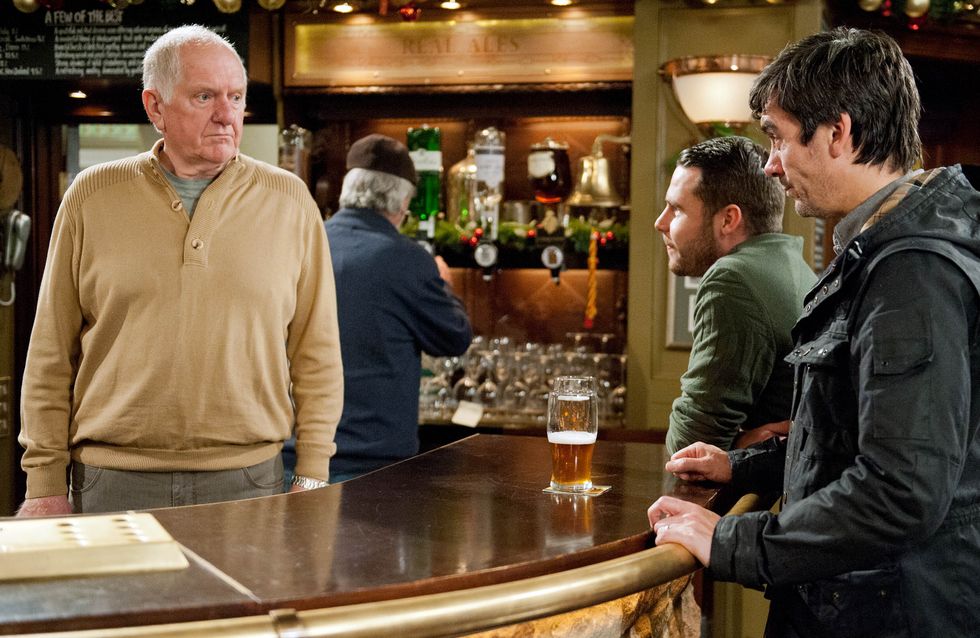 Robert wishes Chrissie luck, admitting it was Lachlan who convinced him to speak up for her in court. Meanwhile, David dreads to think what Pollard will do if Chrissie is cleared and is left worried when Leyla reveals no one has seen Pollard today. Fearing he might have hurt himself, they break in and are horrified to find his shrine to Val. David urges his father to see life needs to go on but Pollard refuses to listen ordering him to leave. David handcuffs himself to the bannister in protest but is soon thwarted by Pollard. Pollard insists if Chrissie doesn’t get justice tomorrow, he'll serve her his own punishment. Unable to get free, David is left in a panic.

Chas struggles over the Diane’s stabbing and finally is given a diagnosis - she does have Post Traumatic Stress Disorder. Diane's shocked but wonders if it's a Dingle scam to get her off the hook. Doug's angry to find Zak behind the bar and tensions rise but when Doug publically airs his doubts over Chas' PTSD, Aaron snaps and goes for him. Robert uses this to his advantage and offers Aaron a deal but will Aaron accept?

Rhona jokes about them having secrets and Paddy's slight panic doesn’t go unnoticed. Bob goes to David’s shop to check out the new competition but is shocked to find Carly working there. 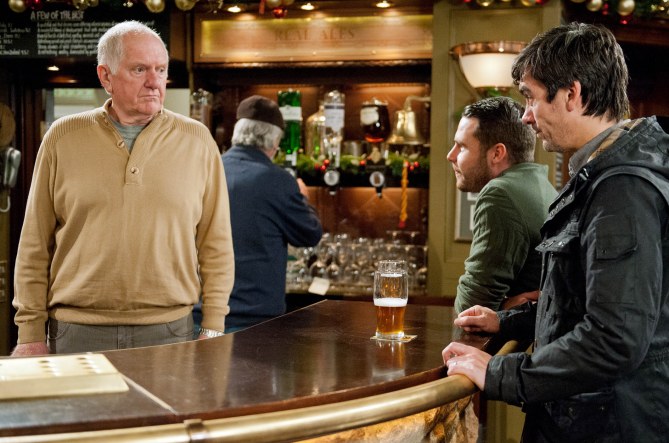