Emmerdale 20/02 – Are Nicola and Bernice in trouble?

Jimmy is worried when he hears Nicola plans to trap Anton but she ignores him. On the date, Anton suggests they go back to hers, freaking Nicola out. Bernice doesn’t pick up when she desperately calls from the loos, and Anton goes to the ladies to see what’s wrong. Has Nicola gotten herself in too deep?

Val chucks Eric out, and Victoria is disgusted when Diane confesses she had a one nightstand with Eric. Eric tries to win Val around, but she goes too far and slams a bottle in his face. She decides to hear him out, but is she going to let bygones be bygones?

Kerry and Brenda get in trouble at the shopping centre when Kerry gets into an argument and Brenda gets away. When they leave the store the alarm sounds and Kerry realises Brenda has been thieving. They end up hiding in a bin, and Brenda is hurt that Kerry knows about her shoplifting problem.
​
Elsewhere, Jai sacks down his private investigator to try to find something better to track down Archie. Ashley is tunned as he watches Harriet lie in her video interview for Gemma. 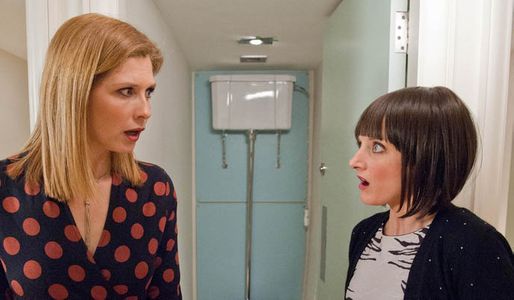 Emmerdale 28/02 – Gemma gets herself into serious trouble

Emmerdale 02/9 - Dan Kisses Nicola, But Someone Is Watching...