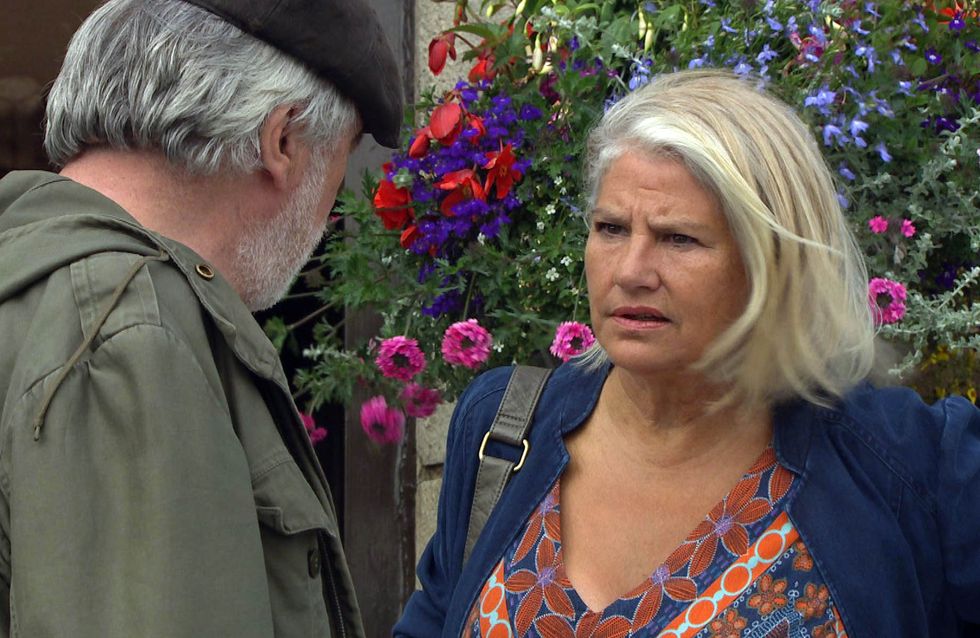 A very worried Emma now knows Ross hasn’t touched his bank accounts and believes Debbie might know his whereabouts. Emma heads to find out more but things get heated. Later, Debbie asks Cain where Ross is, hoping to get Emma off her back. Debbie is horrified when Cain tells her he left Ross in a van backed up to the edge of a precipitous cliff but explains he was not there when he went back. Meanwhile Emma is stewing, convinced Debbie knows more than she let on and later returns to confront her again.

Ashley goes to see Dan who is working at the garage but suddenly has a seizure and Dan feels helpless and doesn’t know what to do.

Jimmy admits he’s having to sell the house to keep afloat and he hasn’t told Nicola.

In the Woolpack, a furious Emma questions Cain, who admits to having warned Ross off and giving him a fake passport. Emma despairs and says if any harm has come to her son, she knows who to blame. Debbie tells Pete she asked her dad to get rid of Ross and tells him about the van and the quarry and Pete, rather than confessing, agrees with Debbie it looks bad for Cain. Secretly Pete begins to panic at the thought of Emma calling the police.

Suspicious Joanie, tells Zak she is worried about Sam, explaining she saw bruises on his arm. Zak checks with Sam who denies but Zak remains concerned.

Jimmy isn’t impressed with Rakesh’s low house offer. But soon Kirin and Rakesh come up with a plan to pull a fast one and get Jimmy to agree to their paltry offer but will it work? 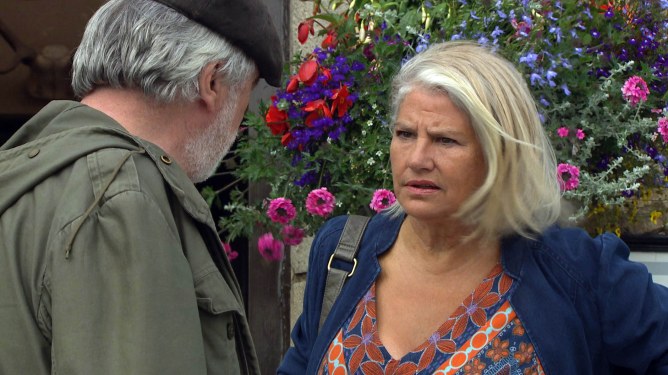