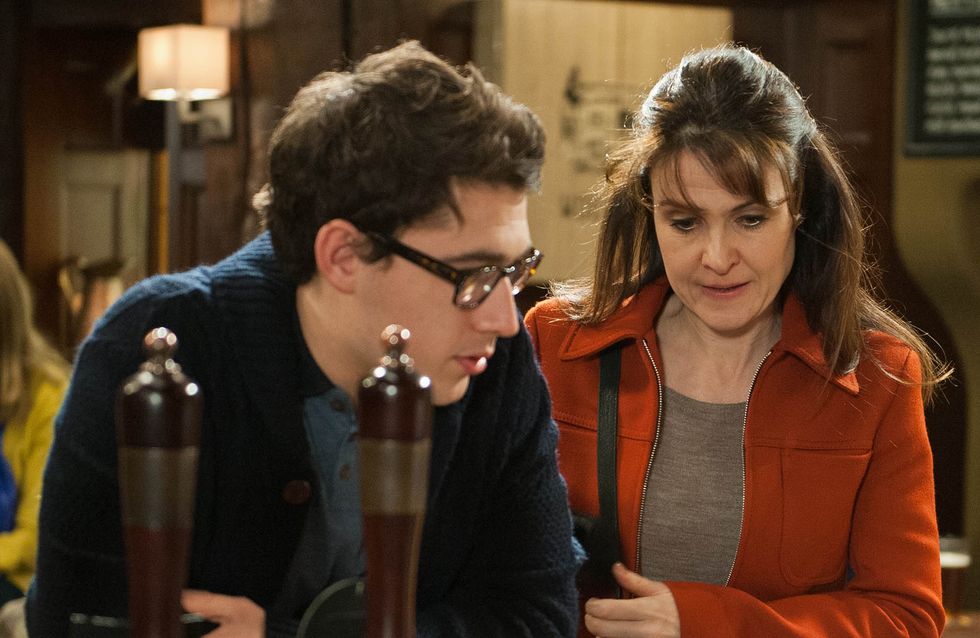 Cain is interested to hear Pollard is furious Aaron is locked up instead of Chrissie. Pollard tells him about seeing Chrissie with a gun on the night of the shooting and how he would stick to this story if the police’s attention should be diverted back to her. Cain has a plan and sneaks into Home Farm during Bernice’s engagement party and heads upstairs whilst wearing gloves. He then crashes the party and begins to go through his lists of suspects in front of all the guests. Chrissie reddens, but does she have something to hide and will Cain’s plan work? Later, Cain arrives at the scrapyard and asks Adam to help him kill Robert and make sure Chrissie takes the fall for it...

Bernice tells a gobsmacked Diane and Victoria she is getting married to Lawrence and is left crestfallen by their reaction. Meanwhile, Chrissie is left intrigued when Lawrence suggests they should celebrate his engagement in style and Diane is aghast when she is invited to a party up at Home Farm. Doug tells her not to push her daughter away and she can see he is right but when Cain crashes the party and after Chrissie’s outburst, Diane tells Bernice she doesn’t want anything to do with the Whites. Bernice is left without her family’s approval but will her future with Lawrence offer her any comfort?

Harriet fetches Ashley to help with Sandy who is stuck in the Woolpack toilet. It transpires he has been in there for over half an hour but was too stubborn to ask for help. Will it be a decider for Ashley? Finn pays out for losing the bet. Emma tries to convince Finn she is innocent of trashing the Woolpack but will he be convinced? 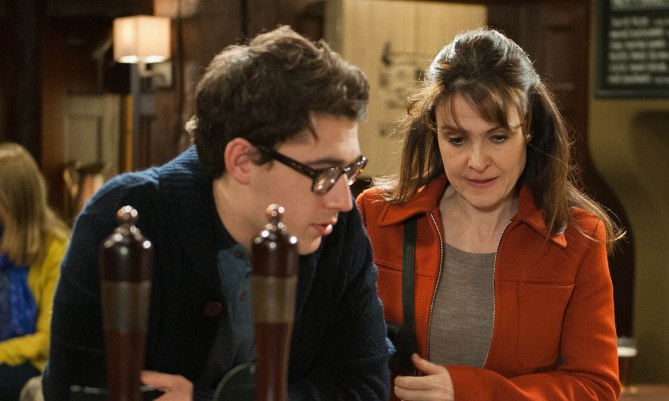