Moira is keen to dodge James’s consistent questions, but it’s not long before he airs his suspicions about Adam. Moira insists he’s got it wrong, and a frustrated James slams his tractors into reverse, narrowly avoiding Adam. Later, Moira explains Adam was born two months premature which means he is definitely John’s son. But is this enough for James?

Zak wants Debbie to talk to Belle, and Debbie complies, laying the horrendous conditions of prison on thick with Belle in the hopes she’ll change her plea. However, when Debbie fails to make a difference, Zak decides drastic intervention is required.

Robbie catches Finn in the act of returning Declan’s credit card and attempts to blackmail him.
​
Elsewhere, Charity is awkward when Noah talks to her about the new baby. Chas and Cain talk about wedding plans. Val tries to make out to Pollard that her date went well. 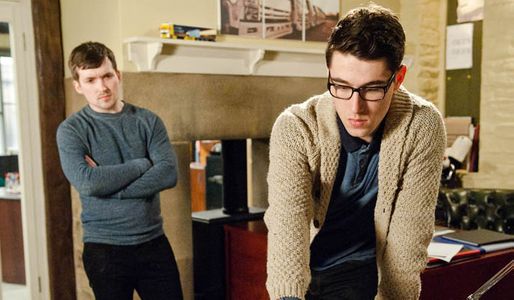