Down at the police station Megan is still being questioned over poisoning Noah. It’s not looking good for her as Charity tells the police that there’s no love lost between the pair, explaining how Megan knocked her to the floor when she was pregnant. At the station, Megan attempts to protest her innocence but she can feel the net closing in on her.

Declan comments to the police that if Megan has done what people think, then they can throw away the key as far as he is concerned, but despite his harsh words he suggests a niggle of doubt when he explains to the police just how stressed Charity has been since they lost their baby. Later, Declan suggests to Charity that the pair of them should get away from it all and head off to a cottage, telling Charity she needs to regain her strength in order to look after Noah properly. Initially Charity is reluctant as it means leaving Noah, but she relents seeing Declan’s concern for her.

Priya confronts her brother Jai over his infidelity and pleads with her best friend Leyla to think about how Megan will feel if she knew about their affair. Meanwhile as Jai continues to doubt Megan, he decides to kick her and Robbie out of the house.

Doug admits to Ashley that he still holds a torch for Diane and always has done. Moira has a surprise party for Adam as it’s the day before his hearing. She then signs over 20% of the farm to him, regardless of tomorrow’s outcome. 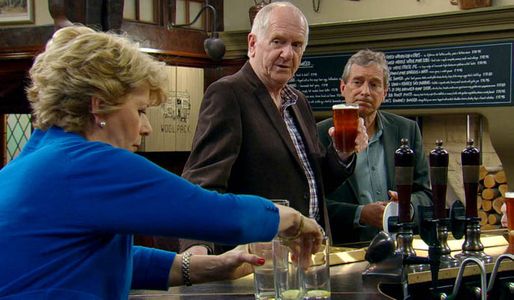