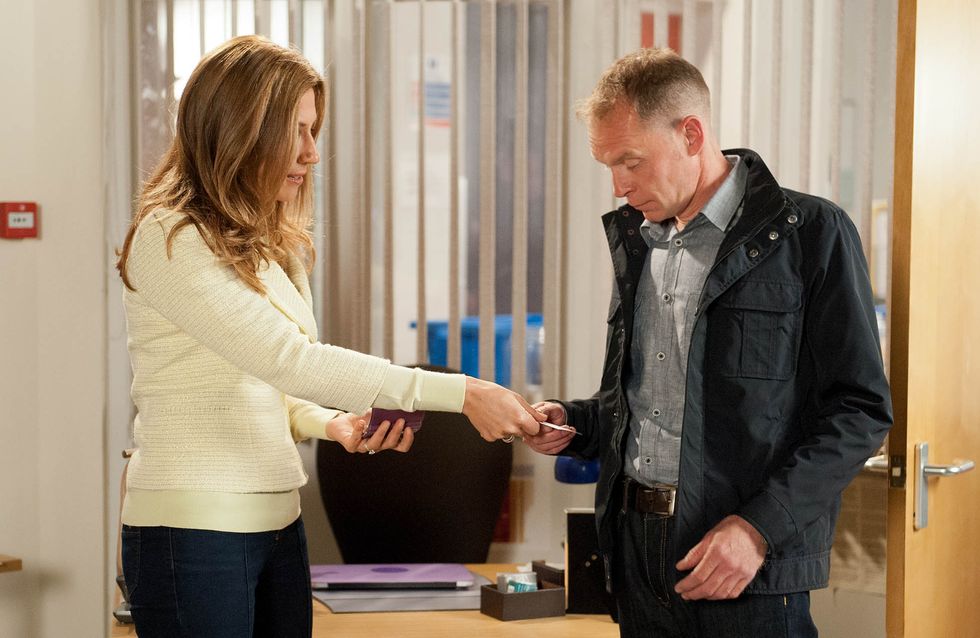 Chrissie notices blood on Robert’s collar when he returns home. Paddy aggressively asks about Aaron’s whereabouts, but Robert remains arrogant and just smirks. Meanwhile, Aaron’s still body is tied to the radiator. He attempts to weaken the cord around his wrists when Robert returns with food and water. It quickly turns into a heated argument as they discuss Katie. Robert tries to remain calm but ends the conversation by pulling out a gun. Elsewhere, Lawrence reveals the location of Aaron’s business convention to a worried Paddy who heads off with intent. At the lodge, Robert walks over to the gun, picks it up and points it at Aaron, who doesn’t look away knowing this could be the end. Beginning to shake, Robert slowly pulls the trigger when the door slams open and there’s a bang. Paddy in the doorway slumps to the floor.

Rachel feels defeated when a social worker calls round. Meanwhile, Jai reveals to Megan he’s spoken to social services and things are looking positive on Archie’s custody. Later, Megan promises Rachel and Sam, that Jai will pay for this.

After Joanie expresses her interest in Rodney they agree to set the two up on a blind date. But how will Rodney feel about it? In the salon the girls all discuss Lawrence and we see Bernice’s interest is piqued. Later, Bernice agrees to go out with a delighted Lawrence. Victoria and Adam are back from their honeymoon.

It’s a terrifying scene at the holiday hut. Paddy is in pain, Aaron is still tied up and Robert has the gun…. Later, Chrissie’s world crumbles when she learns about her husband’s affair.

Happy Jai wants to celebrate with Megan convinced his custody case over Archie is in the bag. But Megan has a plan and after digging out a number starts to text someone. Meanwhile, Jai reassures Leyla he will soon leave Megan.

Vanessa invites Adam to her scan unaware he’s not yet told Victoria. Lawrence and Bernice arrive home from their date. Will Bernice be happy with how it went? The Dingles are interrupted by drunk Joanie and Rodney as they come home. But did their date go well? 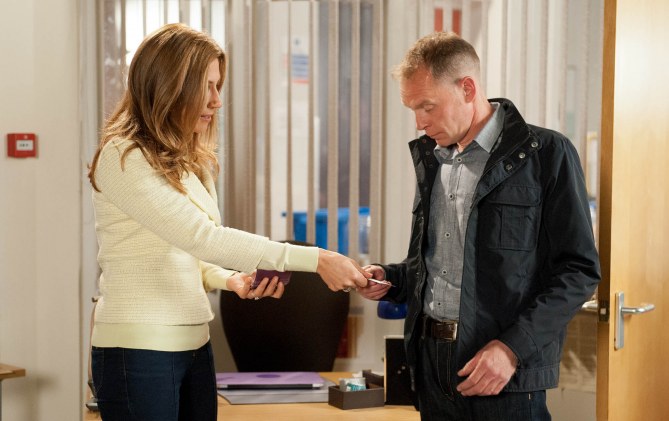