Dan’s sat, sadly, in the police station, still in his wedding suit while Kerry has been arrested. Dan is surprised to overhear his brother Daz has a criminal record but Daz plays it down. They argue as they head home and Dan tells Daz he needs to find somewhere else to live. Kerry finds Dan and pleads with him to let her explain her side of the story but Dan tells her he wants her to go as far away from him as possible. Will Kerry ever get her happy ever after?

Debbie confronts Donna and Ross over their relationship. Ross tells Debbie to keep quiet using Pete as collateral but will Debbie listen to Ross’ warning?

Sean questions whether Dan can still sign legal documents if he has a police record. Ali realises he’s talking about the army and goes to confront Dan realising he’s lied to her.

Laurel assures Donna she is okay with moving the wedding forward, Harriet feels a pang of jealousy when Ashley invites Carol to dinner and they are clearly into each other. Katie and Andy decide to give their relationship another go but keep it a secret. 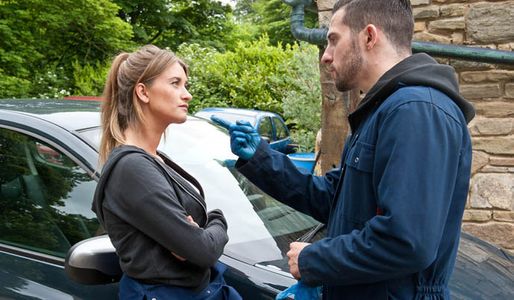