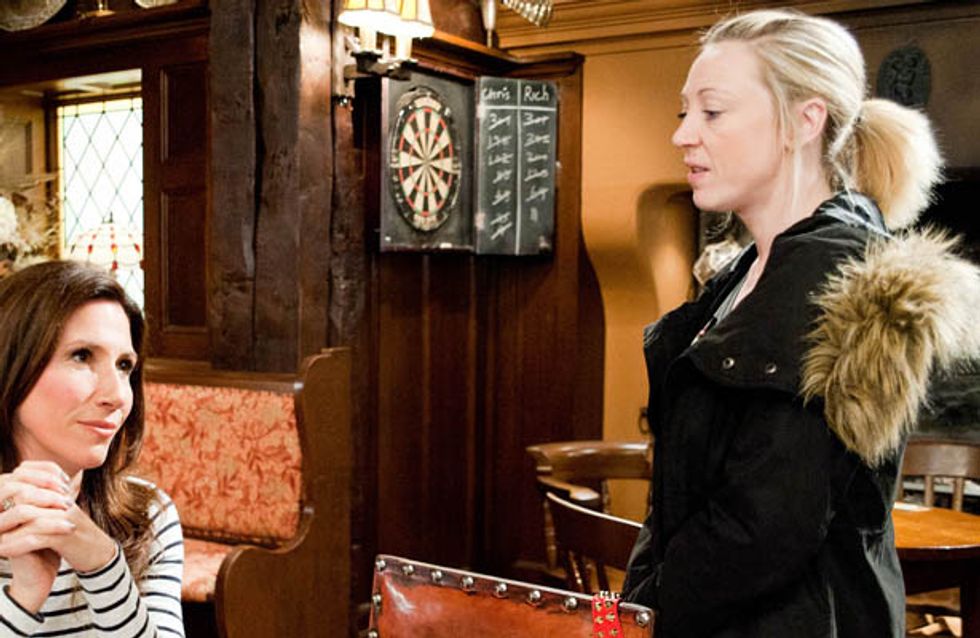 Ali makes Megan listen as she explains how Declan set Rachel up, and Megan can’t help but doubt Declan before defending him. Ali is frustrated and leaves. Megan immediately calls Declan to tell him about Ali’s accusations. Ali tells Dan they need to tell Jai, but as Dan waits for her, two thugs beat him to a pulp.

Val freaks out when she sees Eric looking very peaky and full of flu, and Val thinks she may have caused it. She also thinks something bad has happened to Pollard, and seeing Val’s reaction, it’s obviously Pollard is going to milk his illness for affection.

Elsewhere, Katie likes Adam, but she doesn’t want to rush into anything. After heading off to a gay bar, Vanessa admits she’s attracted to Rhona. Alicia and David try to find a way to tell Jacob that they’ve asked Leyla to leave. 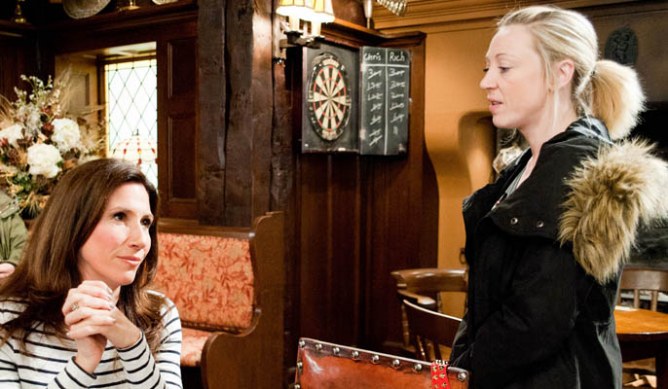