It’s a bad start for Bernice’s wedding day as she and Andy awake from their night of passion in the salon. Victoria gets a shock when arriving for a hair appointment and wonders if the wedding will be cancelled, as does Bernice. Meanwhile, Chrissie tells Lawrence what she saw last night and he looks broken by this news. Bernice returns and Lawrence leads her away to talk in private. Meanwhile, Zak and Joanie who had slipped off to talk about their situation are now trapped on the stairs in the office. They overhear Lawrence telling Bernice he can't blame her for what she did. Bernice is shocked Lawrence still wants to marry her and Lawrence makes a proposition; if they marry he would turn a blind eye to her sleeping with other people, as he would rather share her than lose her. But can Bernice sign up to such an open arrangement?

Meanwhile, Kerry's beaming to think the wedding might be called off, thinking her plan worked. At home, Andy tells Victoria he thinks Bernice would leave Lawrence for him but reckons he'd only make her miserable in the long run. But later he removes his wedding ring and sets out, seemingly ready to leave Katie behind once and for all. Everyone waits in the marquee for the wedding and Lawrence is about to tell everyone it is off when Bernice interrupts him, but to say what? Meanwhile, Andy waits outside the venue, bracing himself to go in and stop the wedding. Will it go ahead?

James wants to settle things with Chas regarding Emma. Later, Aaron's upset to see Chas overreact and burn her hand in the process. Meanwhile, Dr Cavanagh tells Emma she can have her job back but on probation. Chas is shocked to see Emma back working as a nurse when she goes to get her hand checked and struggles to hold in her anxiety. Later, when Emma and James arrive at the pub together, Chas wants Aaron to call the police, but he decides against it. Aaron's pained to realise the full impact of Emma's return. Cain suggests Aaron sleep downstairs to make sure Emma doesn’t come near Chas again. Later, in the dead of night, we see who enters the pub and pick up a knife.

​Belle's happy Matt has texted to meet. Joanie pushes Zak into a corner telling him they need to talk he can’t ignore what happened. Joanie agrees not to tell Lisa, who returns to the village. But can Joanie and Zak really ignore what happened between them? And can Nicola and Jimmy make up? 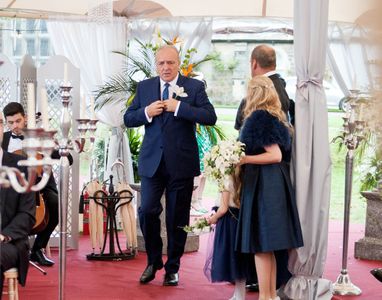