Sean attacks to police to prove his love and gets arrested. Lisa worries that he’s probably made things worse for Belle. After being released, Sean visits Belle who has her own plan of how she can get out of prison. She wants to have a baby.

Kerry and Jimmy resort to compete over who will let go of the keys first.

Pete asks Debbie out but she says she’s busy. Later that evening, Ross watches as Debbie lets DC Flanagan into the house, presuming she is cheating on his brother. However, it turns out Debbie is doing a background check on Pete, still cautious after her experience with the serial killer Cameron. Later, Ross tells Debbie he knows about her lying to Pete, but can she convince him to keep quiet?
​
Elsewhere, Vanessa looks after a distressed Dom. Megan and Charity argue over the new office. Chas plays wedding planner and sets a date for Cain and Moira’s wedding, but James is less than impressed. 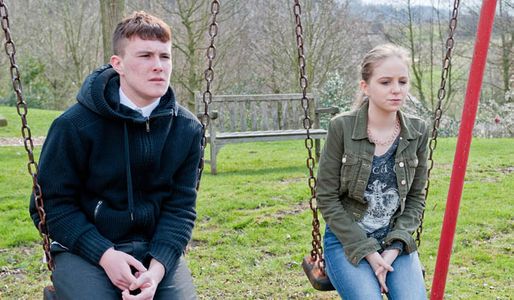