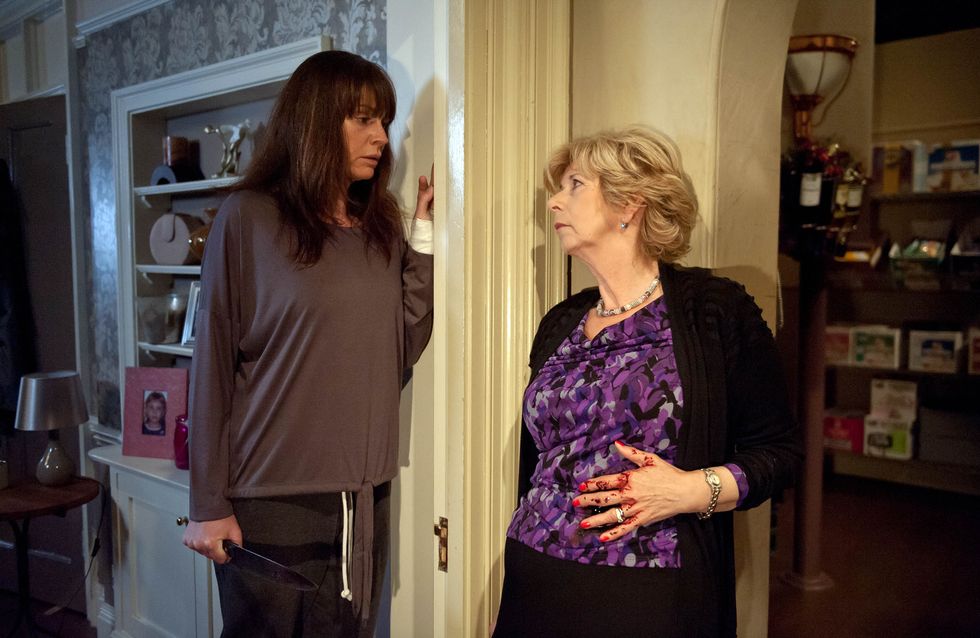 Chas awakes to find a large kitchen knife by her bed. Chas stresses she didn't leave her room all night so Cain sets out determined to sort Emma. Aaron tells Cain his concerns and Cain's left troubled when he begins to doubt his sister, wondering if she might be setting Emma up. That evening, in the graveyard, a fraught and anxious Chas is hurrying through when the sight of Carl's grave sends her into a panic.

Chas is furious when Aaron queries how the knife got by her bed but relieved when Cain says he and Aaron are going to watch Emma's house during the night. Later, the pair watch James arrive home with Emma. Meanwhile, a tense Chas has closed up the pub and nervously heads upstairs with the knife.

A little later a tipsy Diane heads towards the backdoor of the pub. Slightly worse for wear, she accidentally smashes a glass in the pub whilst negotiating her way through. Upstairs Chas awakes with a start and heads downstairs with the knife. Diane walks round the corner, straight into Chas who lunges at her in the dark. Chas is horrified to see Diane unconscious bleeding from a serious wound to her stomach.

Nicola tries to sneak out after spending the night with Jimmy. Later, Laurel lets slip Nicola’s time in Dubai was not plain sailing.