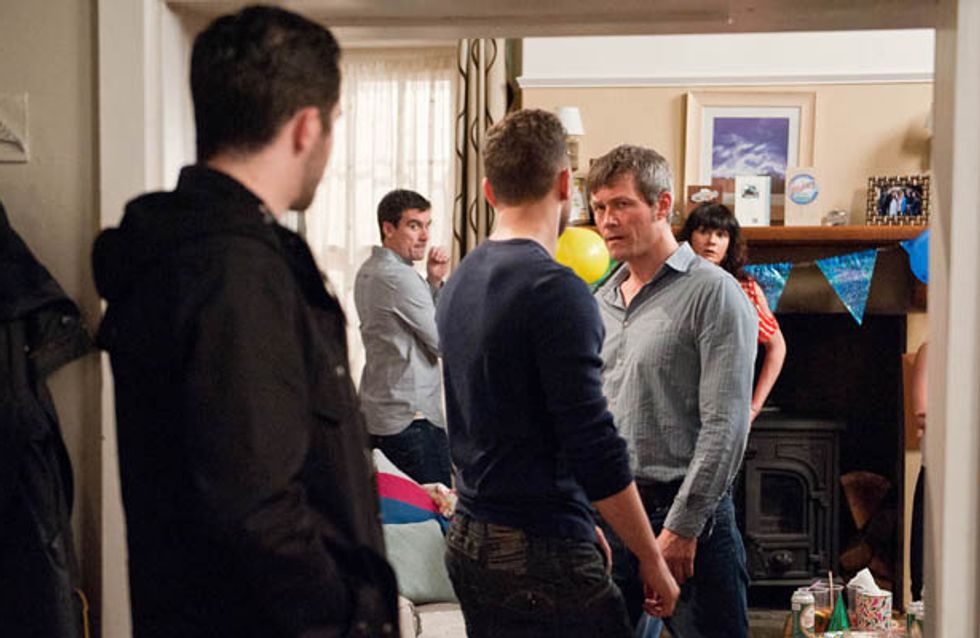 Having told Ross to stay away from his party, Finn and Victoria discover some VHS tapes in James’ clear out boxes with a photo of Finn’s mum. The pair are entertained as they watch the tapes of the young Barton boys on Diane's old player. They take the tapes to the party and everyone has fun watching the tapes but they eventually hear James and Emma arguing. Everyone is shocked by what they hear James’s ex wife Emma say…

Ross winds Marlon up about Donna and Marlon grabs Ross asking where she is. Donna arrives and is worried something has been said but Marlon is furious she did a disappearing act and tells her he wants to spend time with April and wants to take her tonight and tomorrow. Donna tells Ross that George isn’t going to die but she needed to get away.

Dan suggests they have a little do to cheer Sean up but when he returns from town after having a run in with a few guys about Belle, the last thing he wants is to celebrate and he heads upstairs to write to Belle instead.

Ross arrives to find everyone in shock after discovering Moira slept with James. A disgusted Adam hits James but Cain remains strangely calm and instructs Moira to go to the bedroom. He’s furious at her for lying to him and having broken his trust. Full of regret, Moira tracks Cain down to the cemetery but he walks away. Moira chases after him and tells him there’s one more thing he doesn't know… Will Moira’s life be changed forever?

Megan's frustrated as she waits to hear Jai’s answer. Meanwhile, Leyla tells Jai she wants to invest her money in his business. As he reluctantly beckons Leyla into his office, can she persuade Jai to let her invest and how will Megan feel when she finds Leyla leaving his office.

Dan asks Sean to be best man at the wedding but Sean seems less than enthused. However, Kerry is excited and wonders who should be bridesmaid.

Bernice admits to Kerry about her relationship with Andy, and worries she feels old. Kerry tells her to be herself and she and Andy agree she can clean the place when she stays over. 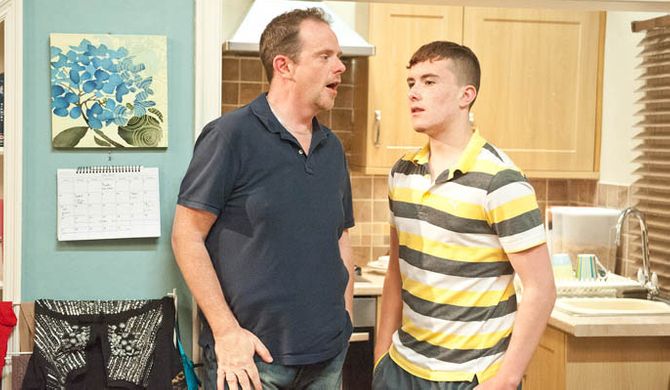