Emmerdale 27/05 – Declan is determined to be a dad

Charity becomes unnerved by Declan’s growing distance. Meanwhile, Megan is determined to keep an eye on her brother. Charity enlists the help of Nicola to help out at Home Farm. Later, Charity is left shocked when Declan makes his own suggestion; he wants them to try for another baby. How will Charity get herself out of this one?

Donna arranges to meet Ross with the stolen goods but the situation leaves her feeling on edge. Later, having not heard from Ross, Donna goes to see him but is left disappointed with the amount of cash he has received, as it’s not what she expected. Left with an ultimatum, will Donna decide to quit or will she start thinking bigger?

When Declan discovers a credit card bill charged to the casino, Robbie covers for a guilty Finn and takes the blame. Surprisingly, Declan doesn’t fire his nephew but kicks him out.

Elsewhere, James makes amends with Chas. Moira arrives home to find James and Adam still bickering but is relieved when James reassures her their secret is still safe... 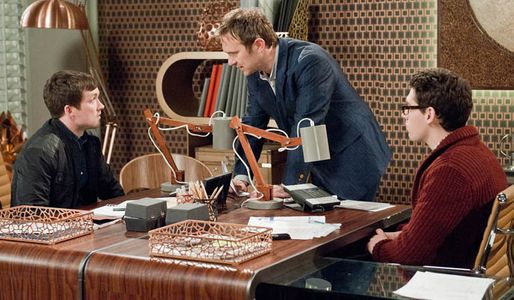