Pete panics when he comes round to realise he is hanging perilously from a high viaduct. Ross releases the winch he has attached him to and Pete drops yet further down. Soon Ross winches his brother back up ordering him to send a suicide message to James and when he’s done it, he wants him to jump off the viaduct. Ross seems unstable blaming Pete for everything that’s gone wrong in his life. Pete apologises, saying he loves him and Ross is disconcerted by Pete’s agreement when he then starts typing the suicide message to James into his phone. Can Ross really push his brother to suicide?

Priya struggles with how busy they are at the factory. Rishi tells her he is meeting his solicitor and is planning on cutting Jai out of the business. Rakesh raises his concerns about Priya to Rishi and suggests her busy schedule might be causing her to skip meals

Bernice is uneasy around Chrissie and wonders how she will raise her concerns about her to Lawrence. She mentions she visited Robert, but Chrissie overhears her and warns her not to let him manipulate her. Bernice visits Robert and he is left in disbelief when Bernice tells him Chrissie is applying for a restraining order.

Belle tries to act nonchalant as she asks Kirin about being arrested for possession and tries to cover her disappointment when he makes it clear they are just friends. Edna’s face brightens as Sandy gets in touch despite having left her home. 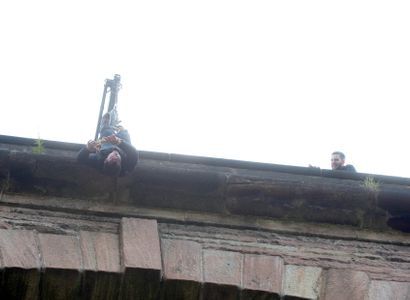