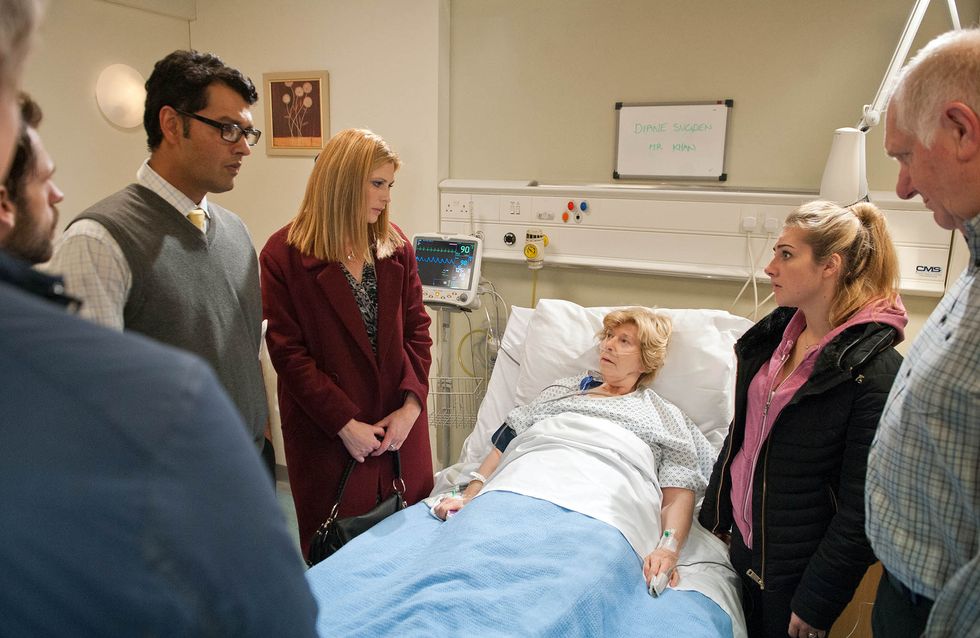 . The village are in shock over what has happened to Diane. Meanwhile, at the hospital a passing doctor tells Doug there were complications with Diane's surgery, leaving everyone worried. Later a groggy, Diane opens her eyes to see Doug by her bedside. Not long after there is some worrying news for Diane…

Nikhil invites David out for a drink to celebrate his birthday, saying it's the best offer he's going to get. David later decides to give his deli bar a trial run, grateful Nikhil and Leyla both want to be with him, ignoring the tension between them.

Lawrence tells Chrissie, Bernice needs their support, seemingly forgetting about the trial. Lachlan's worried by the tension. Emma's not surprised when the police ask her a few questions about Chas and she's thrown to know the knife was meant for her. 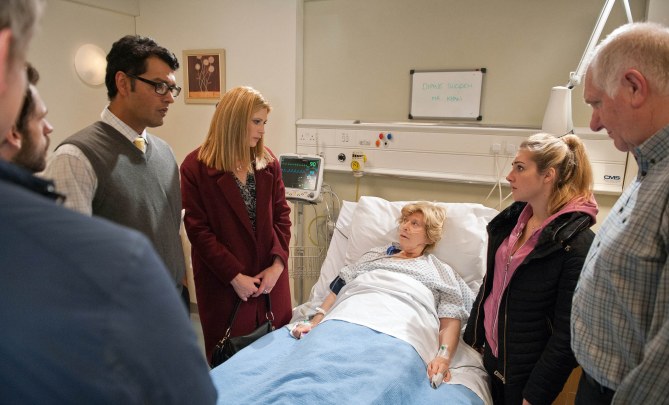